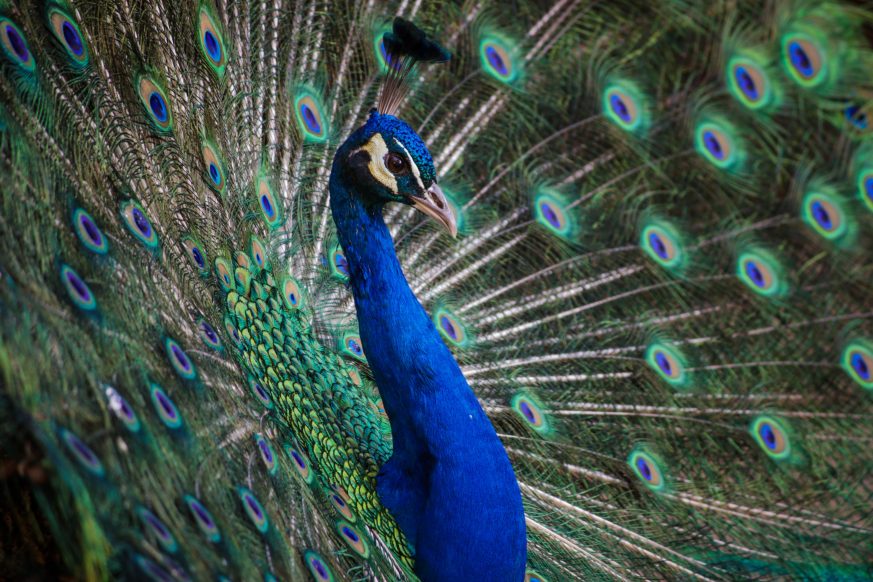 The difference between pride and humility

Today, the blog is going to be different. It will dig in. It might even hurt. The need for us as christians to see how much Jesus hated pride and arrogance needs to be addressed.

I struggle with pride on a daily basis. For example, I check to see how many followers of each daily blog there are, and if only a handful have read the blog of the day, it depresses me. That shows my pride. When in heavenly terms, if it helps even one person, that is enough. We tend to get so caught up on how many followers or viewers we have on Facebook or Instagram, that we get sidetracked from what is important. We care too much about the numbers and less about the people’s hearts.

In my devotional time today, the scripture reading was about the Pharisee and the Tax collector. Jesus told this parable, and he was oozing with anger and frustration which shows how much he despised the Pharisee’s pride. I actually laughed when Jesus began to act as the Pharisee! When you read this, put yourself right there in that time. Imagine that you are the Pharisee that he is talking about, in front of everyone:
“He (Jesus) also told this parable to some who trusted in themselves that they were righteous, and treated others with contempt: ‘Two men went up in to the temple to pray, one a Pharisee and the other a tax collector. The Pharisee, standing by himself, prayed, ‘God, I thank you that I am not like other men, extortioners, unjust, adulterers, or even like this tax collector. I fast twice a week, I give tithes of all that I get.’ But the tax collector, standing far off, would not even lift up his eyes to heaven, but beat his breast saying, ‘God, be merciful to me a sinner!’ I tell you, this man went down to his house justified, rather than the other. For everyone who exalts himself will be humbled, but the one who humbles himself will be exalted.'”
Luke 18:9-14

Can you feel the tension as Jesus mimicked the way this Pharisee behaved? He put them in their place! The arrogance and pride of that Pharisee was called out. He had prayed and thanked God that he was not like the others, when in fact, he was worse. The truth is, God didn’t ask the Israelites to fast even 1x a week, but 1x a year on the Day of Atonement. This man bragged about his extreme fasting. The other issue was God didn’t ask for or require tithing of everything someone made, but only of their crops. Again, this man wanted everyone else to see his works, and glorify and praise him for going above and beyond the call of duty.

It wasn’t just plain ol’ pride Jesus was angry about, it was spiritual pride. What exactly is that? When we believe that we somehow deserve to be in God’s good graces, when in fact, we do not. It is when we see ourselves as more than we really are, when actually we are a mess. It is when we feel justified to judge someone else. It is by God’s mercy and grace alone that we can call out to him as Abba, Father! It is the same for any man, woman or child, regardless of race, religion, status or wealth. All that we have or are is a gift from the Lord. We did not earn it. He allowed it to be so.

This Pharisee tried to justify himself before man, when in truth, he was guilty of spiritual pride. The tax collector humbly begged for God’s mercy because he recognized he was a sinner. As a result, the Lord pronounced the tax collector justified. Do you see the difference? It was a matter of the heart.

Many of today’s christians put themselves on a pedestal believing that we are better because of who we put our faith in. When in fact, we are just as susceptible to sin and pride. If we view others as less than us because they struggle with a weakness, or are defiant in their sin, then we have an ugly pride problem. We are no better than anyone, ever. The difference is we know of our need for the Savior to help us daily. He is our strength. Yes, we are adopted into the family of God, and are a part of His kingdom, but that means we need to care and love that much more for those that are not!

Jesus was continually confronting the Pharisees and the scribes of the day. He said they were blind guides, snakes, fools, hypocrites, lawless, pious, self-righteous, greedy, self indulgent, and as white-washed tombs. And because of these harsh words, they wanted him dead. He had hurt their pride and renounced their man-made laws and man-made  church traditions that God himself did not ask for.

We must remember that Jesus knows our hearts and our reasons for doing or saying things. You cannot hide your pride. It will show in what you say and do. Instead, remember who has redeemed you, be humbled by it, and desire for others to have that same peace, forgiveness and freedom!

“When pride comes, then comes disgrace, but with the humble is wisdom.”
Proverbs 11:2

“Clothe yourselves, all of you, with humility toward one another, for God opposes the proud but gives grace to the humble.”
1 Peter 5:5b-6

“Do nothing from selfish ambition or conceit, but in humility count others more significant than yourselves.”
Philippians 2:3

“…if my people who are called by my name humble themselves, and pray and seek my face and turn from their wicked ways, then I will hear from heaven and will forgive their sin and heal their land.”
2 Chronicles 7:14

Food for thought: If Jesus was here today in the flesh, would he call you out for your religious arrogance? Would he pull you aside about flaunting your good deeds so that others see you in a positive light? Do you take pride in the church you attend or the denomination that you are in? God doesn’t follow denominations. He searches the hearts.

Fun facts: When I looked up the word “Pharisee” in the online dictionary, the second definition was “a self-righteous person, a hypocrite”. Imagine that! Their name has gone down in history for being hypocrites!