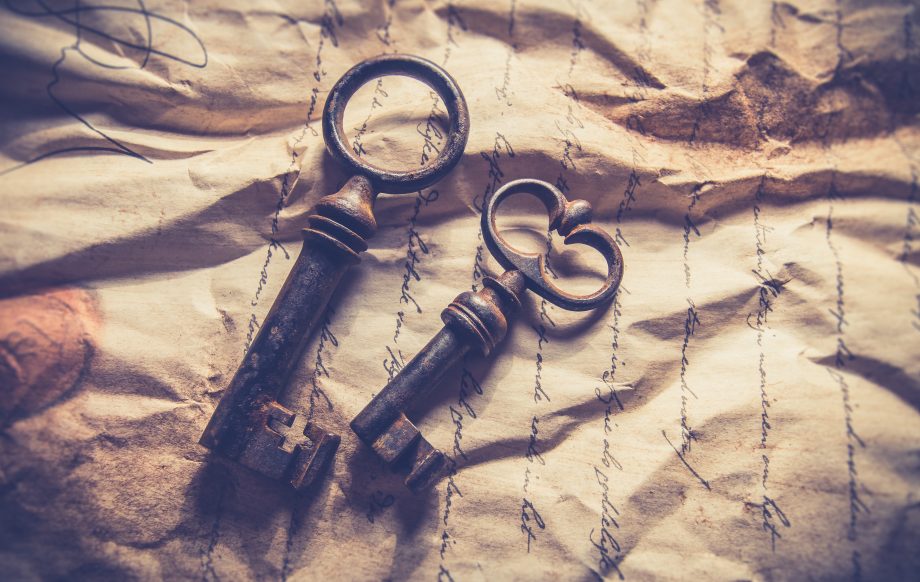 “Then I will set the key of the house of David on His shoulder, when he opens no one will shut, when he shuts no one will open.”
Isaiah 22:22

“Then I turned to see the voice that was speaking to me, and on turning I saw seven golden lampstands, and in the midst of the lampstands one like a son of man, clothed with a long robe and with a golden sash around his chest. The hairs of his head were white, like white wool, like snow. His eyes were like a flame of fire, his feet were like burnished bronze, refined in a furnace, and his voice was like the roar of many waters. In his right hand he held seven stars, from his mouth came a sharp two-edged sword, and his face was like the sun shining in full strength.
When I saw him, I fell at his feet as though dead. But he laid his right hand on me, saying, ‘Fear not, I am the first and the last, and the living one. I died, and behold I am alive forevermore, and I have the keys of Death and Hades.’”
Revelation 1:12-18

“And to the angel of the church in Philadelphia write: The words of the holy one, the true one, who has the keys of David, who opens and no one will shut, who shuts and no one opens.”
Revelation 3:7

“And the fifth angel blew his trumpet, and I saw a star fallen from heaven to earth, and he was given the key to the shaft of the bottomless pit.”
Revelation 9:1

“Then I saw an angel coming down from heaven, hiding in his hand the key to the bottomless pit and a great chain.”
Revelation 20:1

(Sunday is Scripture alone: The Lord’s words to you.)