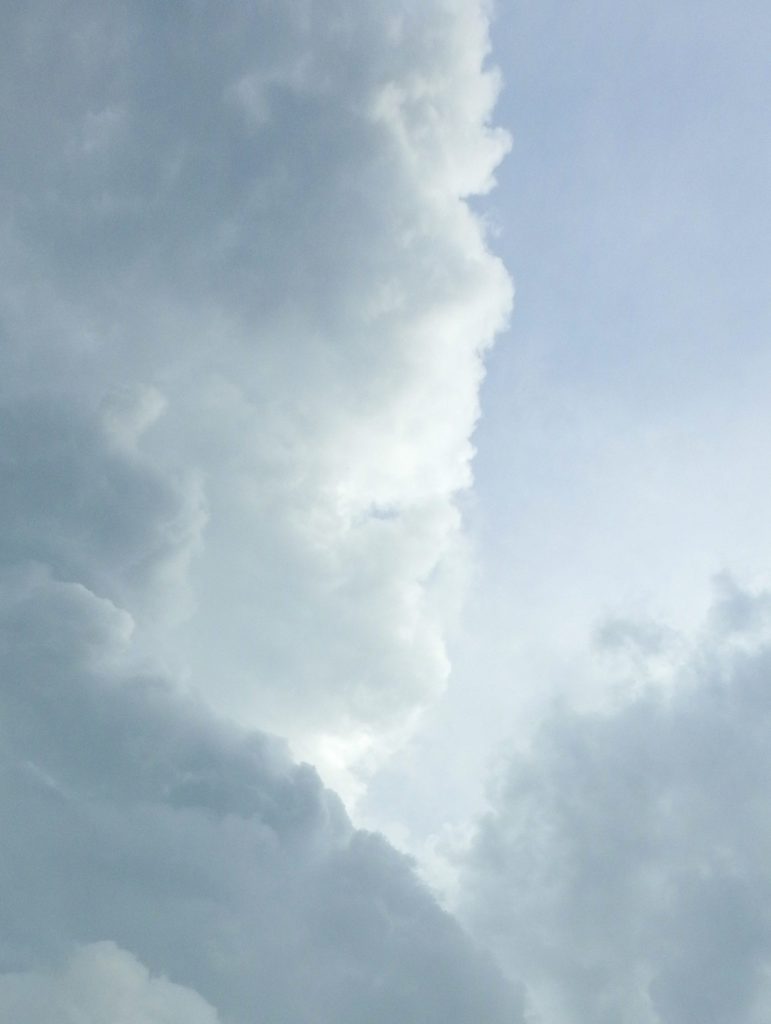 A young girl, 15 years old, was enticed into having her first sexual experience with an 18-year-old boy. The result of that first time, one-night stand was an unexpected and unwanted pregnancy. This girl was in dire need of some mercy and grace. What she got was secrecy and only felt shame.

Thirty years later, I read about this sad story only to discover that I was that unexpected and unwanted baby. I had been kept a secret from basically everyone but the immediate families. When my young mother-to-be was about 6 months pregnant, she was sent away to a distant private place until I was to be born, and then days later, she was gone.

I think about how that must have been for my teenage mother. She could have had an abortion, but her family didn’t believe in that. She could have kept me, but at 15, that would have been too difficult for her, because Ruth was still like a child herself. She did write me letter shortly after I was born, saying she hoped I would have a good life and be loved. Even though I found my birth families at the age of 30, there will always be an empty room for her in my heart. You see, she died in a car accident when she was 19.

Back when they were initially faced with Ruth’s pregnancy, Grandpa and Grandma were ashamed that their daughter, the daughter of a Baptist Pastor, was pregnant at such a tender age. Out of embarrassment at what their congregation might say, their judgement about the pastor’s daughter being pregnant, they decided to hide the fact. My grandparents did not expect to receive mercy or grace, but only judgmental looks and gossip. Rather than go through that, Ruth was kept out of the public eye until it was all over. It wasn’t until we met some 30 years later at a family reunion that Grandpa was comfortable sharing the whole story with all of his friends, his church, and eventually anyone who would listen.

“Before I formed you in the womb, I knew you. Before you were born I set you apart.”
Jeremiah 1:5

Here is where the rubber meets the road: I was not a mistake, nor was I an accident. Sure, I was conceived at an inopportune time by two immature people who weren’t living their Godly morals or using any protection, nor ready for the responsibility of making and having a baby. From man’s point of view, I wasn’t wanted, but from God’s point of view, I was to be his child.

When visiting a friend of mine several years ago, she shared with me that her first baby was out of wedlock. One Sunday when she was several months pregnant and quite visibly so, she headed back to church, because she knew she needed to be there. What she shared next nearly broke me. She walked down the aisle toward the front of the church, and when she went to sit down, a woman turned to her and commented on her being pregnant, asking where the father was. After an uncomfortable moment, she replied he wasn’t a part of the baby’s life. A few minutes later, another woman turned around and looked at her, and whispered, “I can’t believe she’s here like that.” There were several other looks and stares, all of which made her feel very judged, so she got up and left, not returning to any church for many years. Not one person had made her feel welcomed or accepted.

We as followers of Jesus Christ have a responsibility to those we come in contact with: to love them unconditionally. Newsflash: we are ALL sinners! Jesus’ undeserved mercy and unexpected grace is freely shared with each one of us, so why are we so quick to judge others for their obvious sins rather than to just love them regardless?

“With all humility and gentleness, with patience, bearing with one another in love, eager to maintain the unity of the Spirit in the bond of peace.”
Ephesians 4:2-3

These thoughts have raged around in my head for the last 4 weeks. I have been experiencing a degree of what judgment to shame feels like, and what mercy to grace feels like too. I certainly prefer the latter!

You see, as I have personally shared the following story with select people in the past few weeks, their responses have varied greatly. Some have been quiet, others have been overjoyed. I have been prepared to accept either, but am not sure which way the conversation will go. So, I will tell you now, and I will not hide it in shame or embarrassment….

My beautiful, strong, adventurous, funny, single daughter is going to be a mother. She is 11 weeks pregnant! I am going to be a grandmother. Am I celebrating or condoning the fact that my daughter got pregnant out of wedlock? No. What I am celebrating is the fact that God has allowed a new life to be, regardless of the timing or the circumstances. Is it difficult to share? Yes.

As christians we know that God has designed sex to be in the confines of marriage, for very good reasons. Yet, when the majority of people don’t live by that standard, then the consequences of those actions are unexpected or unwanted babies. We wonder why so many people have abortions – could it be because we as humans are selfish and don’t want to have someone or something else change our future or our goals and plans?

“See that you do not despise one of these little ones. For I tell you that in heaven their angels always see the face of my Father who is in heaven.”
Matthew 18:10

I am here to tell you the good news: my brave daughter, who had a personally difficult choice to make, has decided to keep this baby. For this I am overjoyed! The weight of other choices would be too much for her to bear. We are celebrating this new life that is developing and growing. Why? Because GOD Himself has ordained this little one to be. He has given it a heartbeat, and He will give it breath.

We have no idea exactly how this situation will look in six months. Both my daughter and the baby’s father are soldiers in the Army. They are no longer dating, but he says he wants to be involved in their child’s life. May it be so. How difficult for this baby if he/she only has one parent! These two young people are now learning to accept the consequences of their wrongdoing, but what a gift this tiny life will be for so many.

The Lord has a way of taking our mess, our chaos, our transgressions, and ultimately using them for good, if only we would turn it over to Him. So, this is out of my hands, and in God’s. Who better than giving it to the One who knew about my unexpected birth, and now who knows about my grandchild’s birth? Jesus Christ! If He can love me and use my life, then He has far greater things in store for this baby.

“For we are God’s handiwork, created in Christ Jesus to do good works, which God prepared in advance for us to do.”
Ephesians 2:10

My point in sharing this is: please do not judge someone, even a young female who is pregnant, because you do not know what obstacles they had to overcome to get to where they are. My daughter could have quickly and quietly aborted this baby, but she is choosing to do the right and courageous thing and keep it, raise it, and be the mother that this child needs. This takes a tremendous amount of determination and selflessness! Her decision adds to her difficulty within the Army; it prevented her from an overseas mission, and it will cost her much time and money, not to mention her future dreams are put on standby. So the last thing she needs, or anyone else in her shoes needs, is judgment or shame cast on her for a moment of weakness. We all have been there or in a similar place. What she does need from followers of Jesus is mercy, then immediately moving on to a whole lotta grace. Even greater still, a whole lotta prayers for wisdom, health and growth.

What does mercy and grace look like? Christians, this means no gossip, no harsh or judgmental comments, or expecting them to be cast down and carry the heavy weight of shame.
Mercy is showing compassion and forgiveness.
Grace is courteous goodwill freely given.
Both are acts of Godly love, just as we have been shown by God himself.

“Let us then approach the throne of grace with confidence, so that we may receive mercy and find grace to help us in our time of need.”
Hebrews 4:16

Food for thought: “Making the decision to have a child is momentous. It is to decide forever to have your heart go walking around outside your body.” – Elizabeth Stone
“The most precious jewels you’ll ever have around your neck, are the arms of your children.” – unknown

Photo by: Kari Wiseman – A Cloudy Face of a Child

*** For more information about my birth, adoptions, and finding my birth families, here is a link to purchase my book, A DAUGHTER TO MANY. 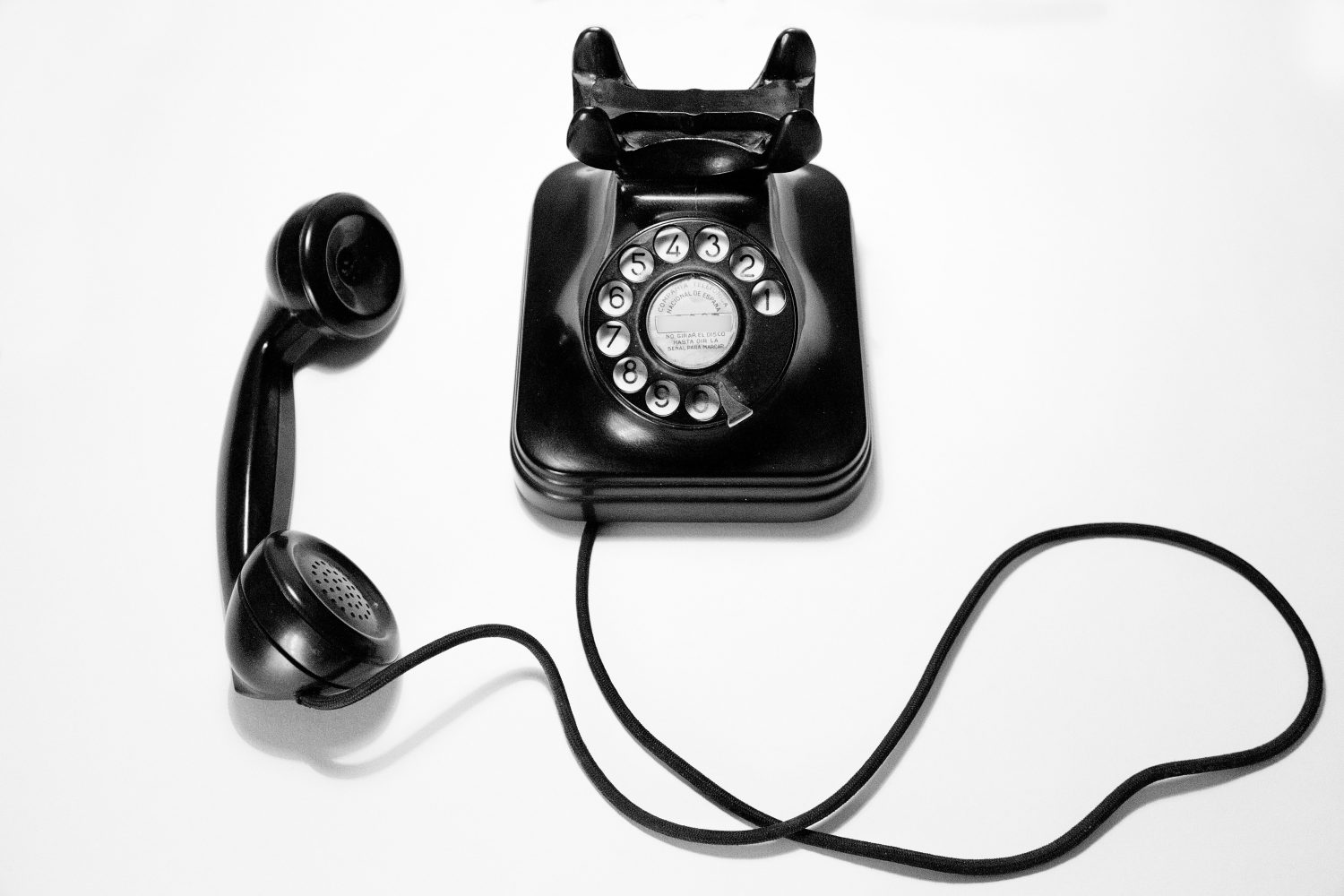 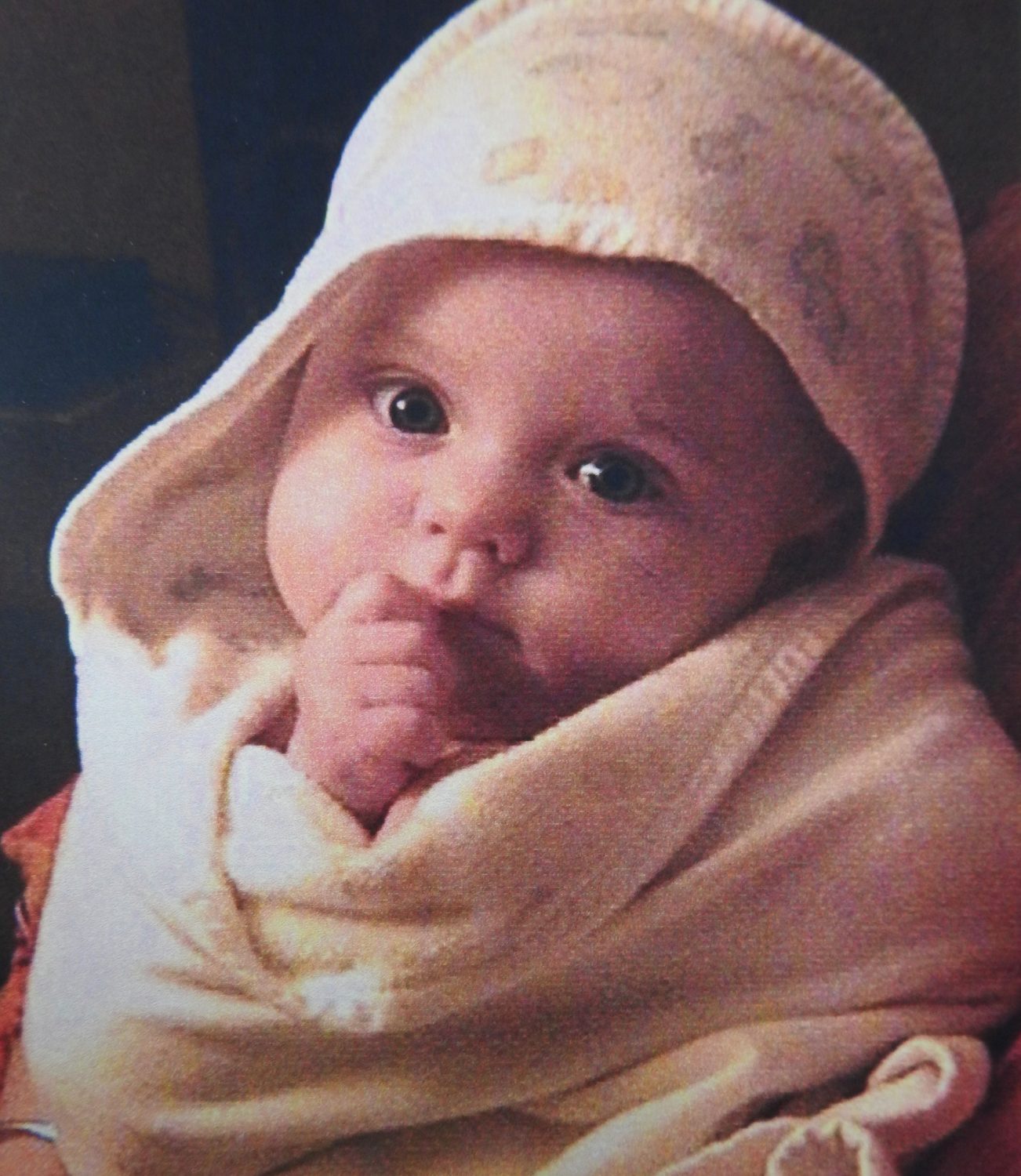 Life: conception and birth – a matter of the heart 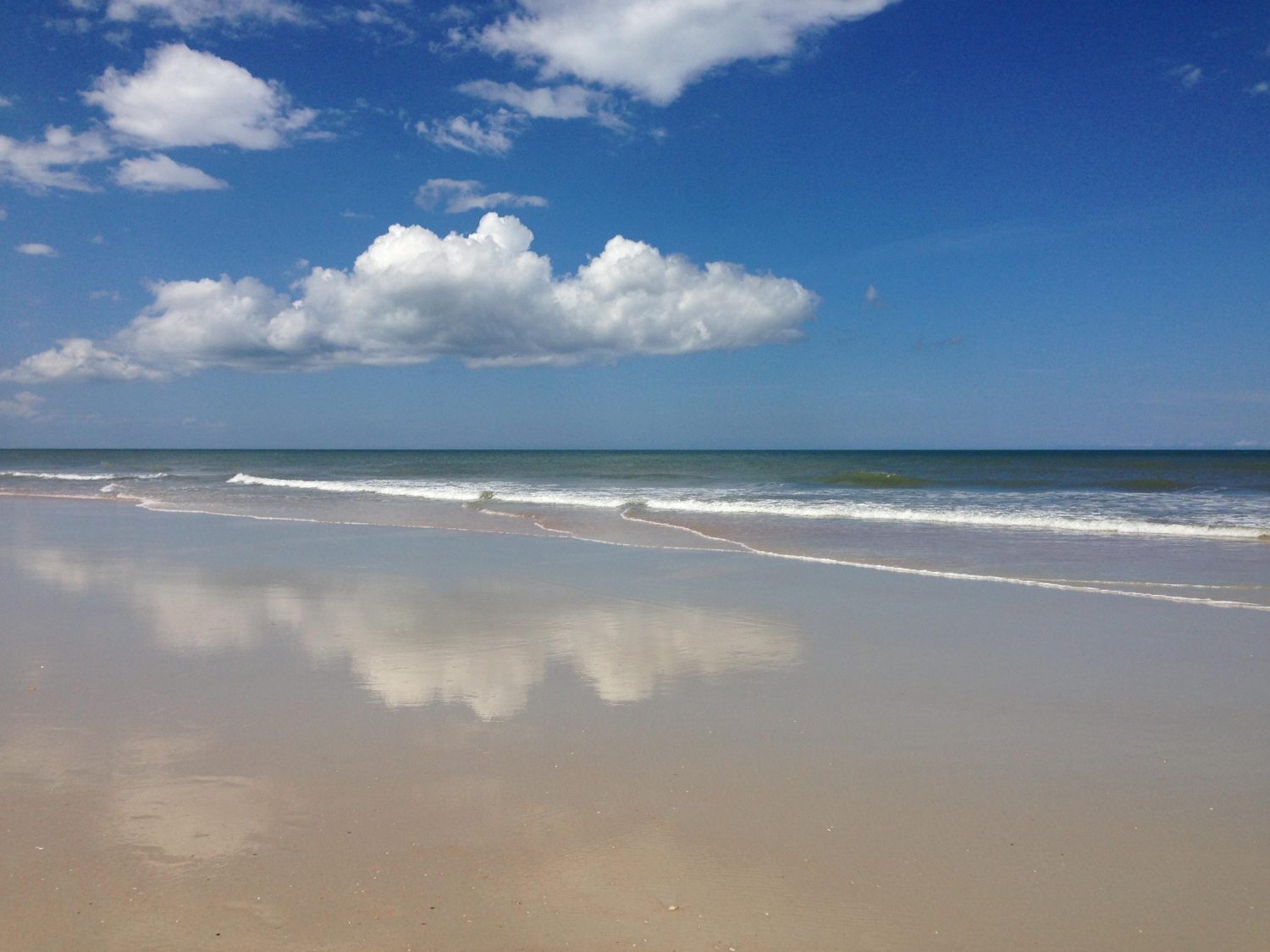