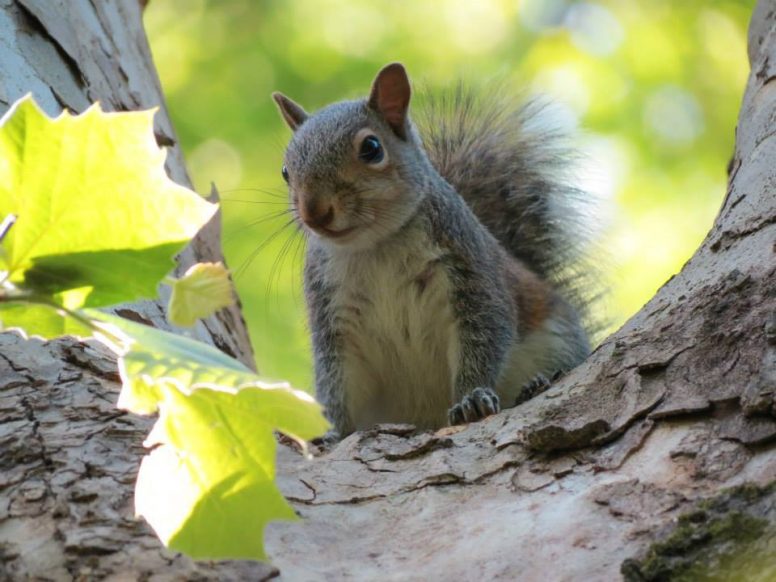 Imagine not being terrified of a lion or bear as they came towards you. Let’s pretend you could walk right up to a wild bear with your young child. You both would pet his soft fur, hold his big paws and marvel at the massive claws, then ask him if he would give your daughter a piggy back ride. Now that is a bit extreme, but life was like that before the Flood occurred. No fear, only a peaceful understanding and unity between mankind and animals.

How do we know this? Because Genesis tells us so. In Chapter 1, the Bible says that God created the birds and water creatures on day 5, then verbally blessed them saying, “Be fruitful and multiply.”  On day 6, God made all land animals and creeping things, followed by man; Adam, then Eve. God gave them the same verbal blessing, saying, “Be fruitful and multiply and fill the earth and subdue it, and have dominion over the fish of the sea and over birds of the heavens and over every living thing that moves on the earth.” And it was good. Then Adam named each of the animals.

Next came a talking serpent. He was a crafty beast of the field, and spoke to Eve. Now if I heard a serpent speaking to me, I might RUN. But for Eve, she listened to it’s voice, as though this was a normal, common occurrence. If you take the Bible to be literal, then this happened. It spoke. They talked to each other. No fear.

Mankind was given the green plants and fruits from the trees to eat, not meat. We were vegetarians, and didn’t know any different. Therefore, animals didn’t fear man, but they obeyed as a servant would its master.

Animals used to live in harmony with people. In Genesis 7, Noah somehow gets a male and female of every animal onto the ark to save each species from extermination during the flooding. Doubtful the animals knew why he was gathering each pair, but they went willingly and obediently. Man had been given dominion over them.

When everyone was released from the ark after the flooding, they all came out as families, in pairs, and God again blessed them with the instruction of being fruitful and multiplying. But then He adds one more word. In Genesis 9:2 it says, “The fear of you (man) and the dread of you shall be upon every beast of the earth and upon every bird of the heavens, upon everything that creeps on the ground and all fish of the sea. Into your hand they are delivered. Every moving thing that lives shall be food for you. And as I gave you the green plants (man’s food before the Flood), I give you everything.”

Then God made a covenant with Noah and his family, as well as with the animals that came off the ark. He said, “…never again shall there be a flood to destroy the earth.” Thus the rainbow.

Another note of talking animals and their willingness to serve and obey us comes from Numbers 22:21-39. This true story is about a man named Balaam, who was a greedy pagan prophet. He saddled his donkey and was en route to talk to King Balak about cursing the Israelites, when the angel of the Lord intervened. This angel stood directly in the middle of a narrow trail that the donkey had to go through, and his sword was drawn, intent on killing Balaam. The scared donkey swerved to avoid the angel, crushing his master’s foot on the rock walls. Balaam gets down and punishes the poor donkey by striking it 3 times. The Bible records that the Lord opened the donkey’s mouth and it responds, “What have I done to you that you  are you beating me?” Balaam replies, “…I wish I had a sword in my hand, for then I would kill you.” The donkey said, “Am I not your donkey, on which you have ridden all your life long to this day? Is it my habit to treat you this way?” Then the Lord opened the eyes of Balaam, and he saw the angel of the Lord standing in the way, with his sword drawn. His donkey had seen the angel, his donkey reacted accordingly, and he was given the ability to speak. He saved his master’s life.

Whether you are a vegan, vegetarian, pescetarian or a carnivore, the fact remains that we once lived in harmony with all living things. Now we don’t. But the great news is that one day, peace will be restored to our way of life and man will dwell in unity with the animals once again.

To imagine that one day, our world will be restored to its former original design and that we will live in peace and unity with life around us, is something that I for one am extremely excited about. Its doubtful this will be in our lifetime, but it is a promise to those of us that serve the one true God who declared after everything was made that “It Was Good.”

Food for thought: What do you think Abel said to the lamb before he sacrificed it to God? I think of Abraham putting his son Isaac on the altar, and telling Isaac that the Lord will provide their sacrifice. He did!