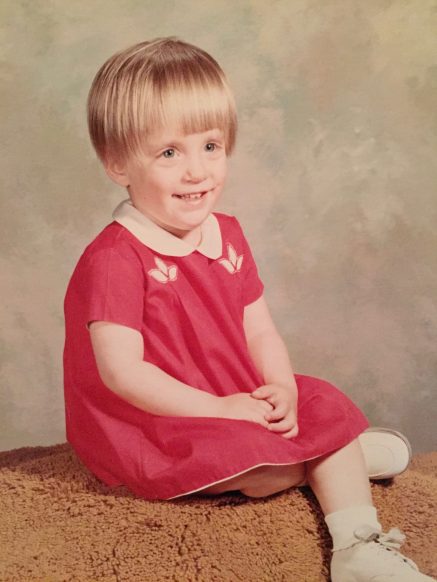 Chosen from a crooked generation

Last night I read from my Iphone’s Bible app just before falling asleep, starting in 1 Peter. Within the first two verses, I tapped the ‘study’ button to read what Peter meant by the “elect exiles of the Dispersion”. What I read next encouraged me so greatly, that I found it very difficult to put down my phone and go to sleep!

“Peter, an apostle of Jesus Christ,
To those who are elect exiles of the Dispersion in Pontus, Galatia, Cappadocia, Asia, and Bithynia,…”
1 Peter 1:1

What the study notes said, sang out loud in my head, so I had to read them again. Here is what it says in the ESV Study Bible app:
“The people receiving his letter are elect exiles of the dispersion. Peter is not speaking of a literal exile…Believers are not only exiles but God’s ‘elect exiles’. They are his chosen people, just as Israel is designated as God’s chosen people in the Old Testament… Peter explicitly teaches that the church of Jesus Christ is the new Israel – God’s new chosen people…Peter sees a parallel in the church being dispersed throughout the world to the scattering of the Jews…”

“In the first book, O Theophilus, I have dealt with all that Jesus began to do and teach, until the day when he was taken up, after he had given commands through the Holy Spirit to the apostles whom he had chosen.”
Acts 1:2

Breaking it down:
Elect exiles – according to God’s foreknowledge we are his chosen people just as Israel is God’s chosen people in the O. T.
The church is the new Israel!

Why does this really matter to us?

Jesus chose 12 ordinary Jewish men of the day to be his students, his disciples, his closest friends. After he died and rose again, those same men had to replace the traitor Judas Iscariot, so after praying about it, they cast lots and allowed Jesus to choose the latest man, one who had been with them from the beginning, and He chose Matthias.

“And they cast lots for them, and the lot fell on Matthias, and he was numbered with the eleven apostles.”
Acts 1:26

Paul, formerly Saul, was chosen by Jesus to be his apostle and witness. He was highly instrumental in the church spreading throughout the world, and his written letters equal about 1/2 of the New Testament portion of the Written Word.

Peter, who was called by Jesus, walked with him for 3 years, and witnessed his death AND resurrection. He is the one who led the apostles after Jesus’ resurrection.

“For the promise is for you and for your children and for all who are far off, everyone whom the Lord our God calls to himself.“
Acts 2:39

We have been chosen by God Himself, to be his children!! He calls select people to Himself, because He has a heart and purpose for those of us He designates.

“You did not choose me, but I chose you and appointed you that you should go and bear fruit and that your fruit should abide, so that whatever you ask the Father in my name, he may give it to you.”
John 15:16

“But you are a chosen race, a royal priesthood, a holy nation, a people for his own possession, that you may proclaim the excellencies of him who called you out of darkness into his marvelous light.”
1 Peter 2:9

“All that the Father gives me will come to me, and whoever comes to me I will never cast out.”
John 6:37

“No one can come to me unless the Father who sent me draws him…”
John 6:44

Yes, this is a topic that the Church is divided on: predestination. I am not going to dive into those deep waters today, but upon reading the Word in context, it becomes clear that:
a. God knows every heart – how we will live and who we will serve (whether self or Him),
b. God has given us the right to choose whom we will serve,
c. God can choose to use some and not others at His will for His purposes,
d. God is ultimately in control.

Did you catch the WHY we (those that call Jesus “Lord”) have been chosen from a couple of the previous verses?
1. that you should go and bear fruit
2. that you may proclaim the excellencies of him who called you

Peter’s words to the men of Israel and those that listened on the day of Pentecost were, “…Save yourselves from this crooked generation.”
Acts 2:40

How can one do this, even today? If you do not know Jesus, you cannot save yourself. The only way this can happen is,
“And it shall come to pass that everyone who calls upon the name of the Lord shall be saved.” Acts 2:21
and
“Repent and be baptized every one of you in the name of Jesus Christ for the forgiveness of your sins, and you will receive the gift of the Holy Spirit.” Acts 2:38

If you have heard the gospel, then you have been called by God.
If you respond to the gospel by believing and accepting it, then you are a chosen one!
He has written this on your heart, and He has written your name in the Book of Life.
You are forever marked for Jesus.
Now go and live for Him by serving your Savior with gladness and a grateful heart, while bearing fruit in your life and proclaiming His excellencies!!

Food for thought: Definition: predestination is the divine foreordaining or foreknowledge of all that will happen. It applies to the salvation of some and not others. It has been particularly associated with the teachings of St. Augustine of Hippo and of John Calvin.

Fun facts: I was chosen and adopted by my family when I was 2 years old.