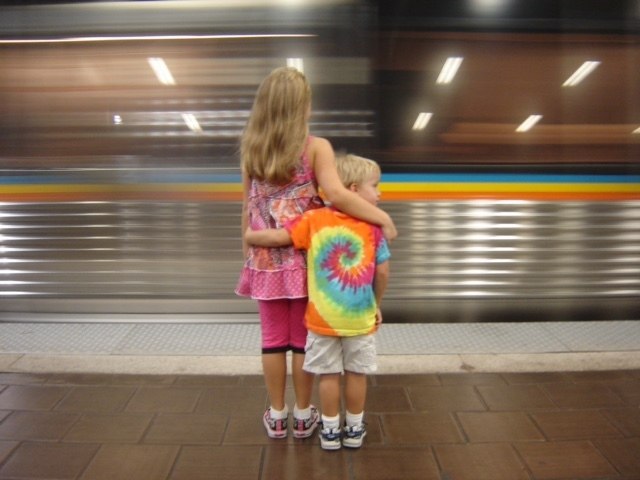 Is this my lot or not?

My heart’s desire has been to work in our church, for two reasons. First, some extra income would be nice, and second, it would be a joy to be able to help my church family in any way I can with what talents or skills that the Lord has given me.

A position opened up within the Global Ministries department at our church as an assistant. After a couple of interviews, it came down to myself and one other gal. I prayed, “Lord, which ever one of us is the right person for the job, the one that you know needs to be there, let it be that person that gets it.” I did not get the job. The other lady did.

Shortly thereafter, a position opened up at a neighboring church as a Pastor’s assistant in preparing his sermons for Sundays. This pastor is well known and quite an amazing teacher, so the honor of being able to assist him in administrative duties would be a privilege, and I could learn so much from him! With several staff from our church giving them my credentials, it came down to me and one other gal. I prayed the same prayer, and got the same answer. The other lady got the job.

Now I could have been angry and discouraged, or I could accept the Lord’s decision. If I chose to be angry, then I am doubting God’s perfect plan for me and for that church. If I accept His answer, that would mean I am trusting that the Lord has something else for me. I chose the latter. Less than a year later, we moved an hour away, taking us too far from our church home and area. If I had taken one of those jobs, then that church would have been left high and dry, and needed to find another person. The Lord knew our destination, and answered everyone’s prayers, both mine and the church’s, in the best way He knew had to happen.

During this time, I was reading in Acts. The story of the 11 disciples filling the vacancy within their group where Judas the traitor used to be, caught my attention. Here is how the story goes:
“In those days Peter stood up among the brothers (the company of persons was in all about 120) and said, ‘Brothers, the Scripture had to be fulfilled, which the Holy Spirit spoke beforehand by the mouth of David concerning Judas, who became a guide to those who arrested Jesus. For he was numbered among us and was allotted his share in this ministry…..
So one of the men who have accompanied us during all the time that the Lord Jesus went in and out among us, beginning from the baptism of John until the day when he was taken up from us – one of these men must become with us a witness to his resurrection.’
And they put forward two, Joseph called Barsabbas, who was also called Justus, and Matthias. And they prayed and said, ‘You, Lord, who know the hearts of all, show which one of these two you have chosen to take the place in this ministry and apostleship from which Judas turned aside to go to his own place.’ And they cast lots for them, and the lot fell on Matthias, and he was numbered with the eleven disciples.”
Acts 1:15-17, 21-26

Now both men had intimately known Jesus since the beginning of his ministry! Both men had followed him, had seen His miracles, were likely part of the 70 that were sent out, so they shared in his life. But only one man could fill Judas’ place, and the lot fell to Matthias. He was the chosen one. This doesn’t mean that Justus wasn’t worthy, because he was! It just wasn’t his time or place to get that job. This was Matthias’ calling. The Lord had other plans for Justus.

If you are in a prayerful mode of a job change, or a move, or some other big decision, know that the Lord God himself is aware. He will answer your prayer in the best way He knows it needs to be answered. A long as you are praying that His will be done, then the outcome, no matter which way it goes, is the best; that is faith. To trust that your time will come, that the lot will fall on you one day, is faith. That alone should cause a huge decrease in your anxiety!

“Casting all your anxieties on Him, because He cares for you.”
1 Peter 5:7

Food for thought: Know who is in control and who knows your future. Trust that He, the Almighty God, has a purpose for putting the right person in that role.

Fun facts: An actual full-time job in NASA: Planetary Protection Officer. It has been a job since 1967. It involves keeping earth and other planets safe from contaminates, and it pays up to $187k. Is this the job for you?

Photo by: Kari Wiseman – Waiting for the train