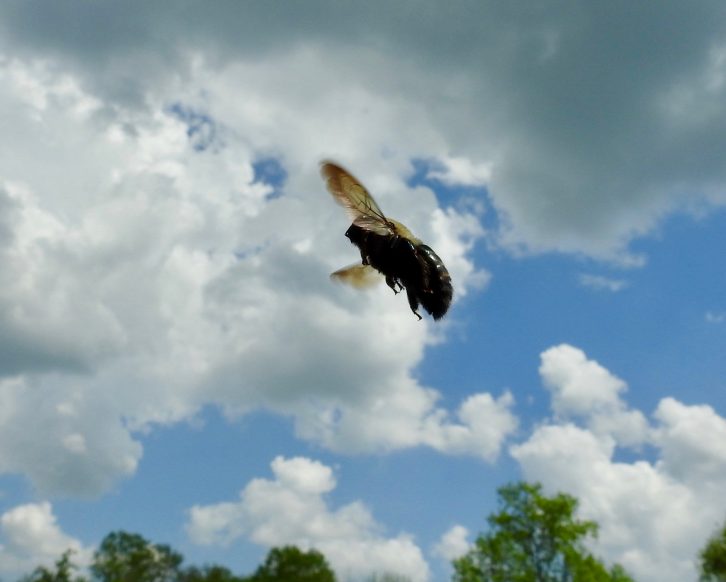 Today’s blog is NOT what I had planned to share. As I was reading the Bible this morning, a passage hit me so hard that I was unsuccessful in withholding my emotions. On top of that, there is a second writing about the exact same story, so I read that one too. It felt like a heavy weight on my chest, and the only way to remove that weight was to write about it instead.

Our actions can and likely will affect the lives of many others – whether good or bad, positive or negative, or life-altering for the better vs. for the worse – what we do has an impact that can be remarkable or extremely detrimental to not just our family, but those around us and down the line. Think of it like this: a chain reaction, the fruit of your labor, you reap what you sow, the domino effect, etc. What we do does not just touch our own life. It plays out – sometimes for days, sometimes for years, and possibly even for generations.

I am sharing the entire passage with you. The same story is written in 2 Samuel 24 with a slightly different take on what happened. If you do read the whole thing, my hope is that the Lord speaks to you as He did to me.
(More notes to follow after passage.)

1 Chronicles 21:
“Satan rose up against Israel and incited David to take a census of Israel. 2 So David said to Joab and the commanders of the troops, “Go and count the Israelites from Beersheba to Dan. Then report back to me so that I may know how many there are.”

3 But Joab replied, “May the Lord multiply his troops a hundred times over. My lord the king, are they not all my lord’s subjects? Why does my lord want to do this? Why should he bring guilt on Israel?”

4 The king’s word, however, overruled Joab; so Joab left and went throughout Israel and then came back to Jerusalem. 5 Joab reported the number of the fighting men to David: In all Israel there were one million one hundred thousand men who could handle a sword, including four hundred and seventy thousand in Judah.

6 But Joab did not include Levi and Benjamin in the numbering, because the king’s command was repulsive to him. 7 This command was also evil in the sight of God; so he punished Israel.

8 Then David said to God, “I have sinned greatly by doing this. Now, I beg you, take away the guilt of your servant. I have done a very foolish thing.”

9 The Lord said to Gad, David’s seer, 10 “Go and tell David, ‘This is what the Lordsays: I am giving you three options. Choose one of them for me to carry out against you.’”

11 So Gad went to David and said to him, “This is what the Lord says: ‘Take your choice: 12 three years of famine, three months of being swept away before your enemies, with their swords overtaking you, or three days of the sword of the Lord—days of plague in the land, with the angel of the Lord ravaging every part of Israel.’ Now then, decide how I should answer the one who sent me.”

13 David said to Gad, “I am in deep distress. Let me fall into the hands of the Lord, for his mercy is very great; but do not let me fall into human hands.”

14 So the Lord sent a plague on Israel, and seventy thousand men of Israel fell dead. 15 And God sent an angel to destroy Jerusalem. But as the angel was doing so, the Lord saw it and relented concerning the disaster and said to the angel who was destroying the people, “Enough! Withdraw your hand.” The angel of the Lord was then standing at the threshing floor of Araunah (Ornan) the Jebusite.

16 David looked up and saw the angel of the Lord standing between heaven and earth, with a drawn sword in his hand extended over Jerusalem. Then David and the elders, clothed in sackcloth, fell facedown.

17 David said to God, “Was it not I who ordered the fighting men to be counted? I, the shepherd, have sinned and done wrong. These are but sheep. What have they done? Lord my God, let your hand fall on me and my family, but do not let this plague remain on your people.”

18 Then the angel of the Lord ordered Gad to tell David to go up and build an altar to the Lord on the threshing floor of Araunah the Jebusite. 19 So David went up in obedience to the word that Gad had spoken in the name of the Lord.

20 While Araunah was threshing wheat, he turned and saw the angel; his four sons who were with him hid themselves. 21 Then David approached, and when Araunah looked and saw him, he left the threshing floor and bowed down before David with his face to the ground.

22 David said to him, “Let me have the site of your threshing floor so I can build an altar to the Lord, that the plague on the people may be stopped. Sell it to me at the full price.”

23 Araunah said to David, “Take it! Let my lord the king do whatever pleases him. Look, I will give the oxen for the burnt offerings, the threshing sledges for the wood, and the wheat for the grain offering. I will give all this.”

24 But King David replied to Araunah, “No, I insist on paying the full price. I will not take for the Lord what is yours, or sacrifice a burnt offering that costs me nothing.”

25 So David paid Araunah six hundred shekels of gold for the site. 26 David built an altar to the Lord there and sacrificed burnt offerings and fellowship offerings. He called on the Lord, and the Lord answered him with fire from heaven on the altar of burnt offering.

27 Then the Lord spoke to the angel, and he put his sword back into its sheath.28 At that time, when David saw that the Lord had answered him on the threshing floor of Araunah the Jebusite, he offered sacrifices there. 29 The tabernacle of the Lord, which Moses had made in the wilderness, and the altar of burnt offering were at that time on the high place at Gibeon. 30 But David could not go before it to inquire of God, because he was afraid of the sword of the angel of the Lord.“

W O W !! Does this not just break your heart? Something we might view as a minor thing, perhaps even important information to a nation – like King David wanting to know how many men were at his disposal – shouldn’t warrant such anger from the Lord. But rather than trusting the Lord to win his battles with however many men he had, David’s command led to a painfully difficult choice in how their punishment played out. Tens of thousands of men died as a result of his taking an unnecessary, perhaps prideful census.

Why is it fair that the Lord took out His anger on Israel rather than just on David when it was David who sinned against the Lord? My ESV Study Bible phrases it this way in the notes:
“David pleads that the people may not suffer for his sin, but he is the representative of God’s people, and thus they bear the consequences of his behavior, whether good or evil.”

The same could be said of Adam disobeying God and eating the fruit of the Tree of Knowledge of good and evil. His actions have infected man for all generations!

I cannot let the portion of the story where David and his elders, the Jebusite and his four sons all literally SAW the angel with the drawn sword! God sent him to carry out his order of destruction, but then the angel paused upon God’s orders before destroying Jerusalem and stood between heaven and earth. When David saw all the dead men from the plague and then the angel, his heart melted within him and he cried out for this pestilence to STOP and the angel to relent because the ‘sheep’, his people, were dying before his very eyes. He begged the Lord to stop punishing them and to focus on him and his family.

The Lord responded by ‘telling the angel to tell the prophet to tell the king’ to build an altar, and make a burnt offering and a peace offering to appease and atone for his sin. The Lord must have been pretty upset to get His message to David through a chain of people and not directly. No wonder David didn’t want to go into the tabernacle and inquire of God himself!

Our actions, even if they are minor infractions, can have implications that negatively affect others around us.

If we are focused on the Lord’s promises by being in His Word, are living for Him, and in communication with Him, our efforts will bring positive results; ones that honor who the Lord is and show how His selfless love impacts our lives, and also will encourage those whom our endeavors influence. Good fruit!

Food for thought: Feeding a homeless person, being nonjudgmental, mentoring, going the extra mile, volunteering your time, praying for someone – these are all ways we can positively impact the lives of those around us, whether we know them or not. One nice act could give someone the hope needed to find a reason to live, or to go back to school, or to give of their time. This results in a ‘Pay-It-Forward’ mentality, and it just keeps snowballing around and around, growing and expanding its scope of love..

Fun facts: About 55% of Americans believe they have personally been helped by a guardian angel at some point in their life.