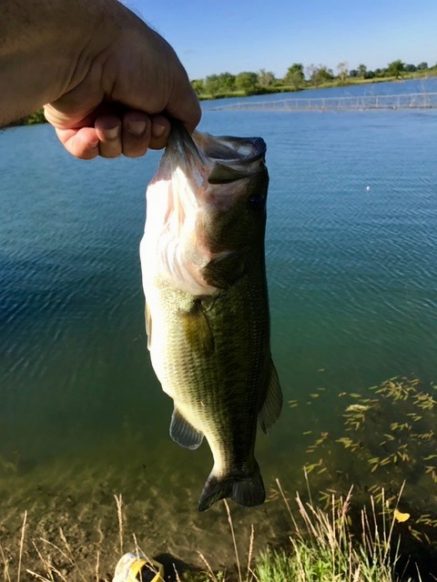 Have you seen the latest Geico commercial? A family is out on the lake, and their daughter is fishing. As they are enjoying their day, the little girl says, “Dad, I think I caught a goldfish”. The dad chuckles and says, “There’s no goldfish in this lake.” But then he sees the fish, and exclaims, “It’s pure gold…we’re gonna be rich…!!!!”, and proceeds to dump out of the fish’s mouth several gold coins. Yeah, I wish that could happen!

So as I was reading the Bible the other day, I came across this passage. After reading it, I chuckled as that commercial came to mind, and thought it would be funny if Geico got the idea from this Scripture:
“After Jesus and his disciples arrived in Capernaum, the collectors of the two-drachma temple tax came to Peter and asked, “Doesn’t your teacher pay the temple tax?”
“Yes, he does,” he replied.
When Peter came into the house, Jesus was the first to speak.
“What do you think, Simon?” he asked. “From whom do the kings of the earth collect duty and taxes—from their own children or from others?”
“From others,” Peter answered.
“Then the children are exempt,” Jesus said to him. “But so that we may not cause offense, go to the lake and throw out your line. Take the first fish you catch; open its mouth and you will find a four-drachma coin. Take it and give it to them for my tax and yours.”
Matthew 17:24-27

How in the world did Jesus know about the fish? That would mean that he had some special knowledge about what happened or was about to happen, yet he was nowhere near the lake. To top it off, he knew exactly which fish Peter was going to catch, and that it would have swallowed not just any coin, but a shekel, known as a four-drachma coin!

And why did that fish swallow a coin? What were the circumstances around it? Did it mistake the shiny coin for another fish? Was it stuck in it mouth? Was this a common thing to come across?

Now Peter, like most of Jesus’ disciples, knew how to catch fish. So when Jesus sent him off to catch just one, and stated that this first fish was to have a coin in its mouth, well, that was a curious thing. But when he got to the lake, cast out his line, caught it, and found this shekel in its mouth, he must have been in awe. What a powerful portrayal for Peter to witness the Lord’s knowledge of past, present and future things – Jesus was omniscient, just like God the Father is.

Jesus had other occurrences like this one. When he and the disciples were walking towards Jerusalem, he sent two of the disciples ahead. He said,
“Go into the village in front of you, and immediately you will find a donkey tied, and a colt with her. Untie them, And bring them to me…..
The disciples went and did as Jesus had directed them.They brought the donkey and her colt …”
Matthew 21:2, 6-7a

Yes, these two stories show that Jesus had divine knowledge of events that either had happened, were happening, or were going to happen. He foretold specifics about his death multiple times, months ahead of it occurring. This is because He was the Son of God, who spoke with his Father and knew all things, even what was in the hearts of men without them even speaking of it.

The best answer as to why the fish ate the coin or why the donkey was tied up is best explained by Jesus himself when he was asked about why a certain man was born blind. He said, “…but this happened so that the works of God might be displayed…”
John 9:3
These situations were foreordained by God for a purpose. They might seem menial or minuscule by nature, but when Jesus is involved, it is a far greater thing. It brings the Lord glory and reveals who He is.

So the next time you go fishing, or find a horse or donkey tied up, remember this story. Realize that each moment is known by God, and whatever comes, it may be used for a greater purpose. Rest in knowing that our Lord is very aware of our life’s circumstances. He has set things in motion, and will see them through. Trust that God is working His will for your good and for his glory. We may not know everything, but He does. For that, we can have comfort and assurance of our future being known and in His extremely capable, creative, loving hands.

Food for thought: Bet they ate that fish for dinner! This is another example of the Lord providing for every need.

Fun facts: A fish’s diet depends on the species. Some are herbivores, others are omnivores, and the rest are carnivorous. This is not based on size, but mainly on their surroundings and type. Sharks are known as the garbage cans of the sea. They have been known to eat cans, bottles, tires, an iron anchor, and even a Bible. Guess that’s one way of feasting on the Word!