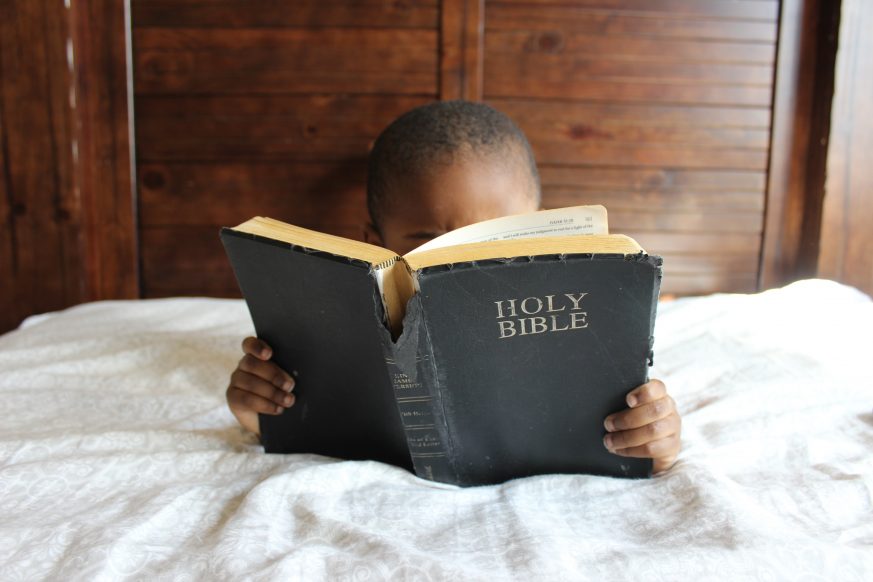 But the Bible was written by man, so why should we trust it?

Paul knew the source of his writings and understood that he was like a pen in the hand of Almighty God.

We must not view the Bible as the word of Paul, Peter, Moses or Solomon, but as the message God revealed through about 40 men over a span of 1,500 years.

Jeremiah, an Old Testament prophet wrote, “Then the Lord stretched out his hand and touched my mouth, and the Lord said to me, ‘Behold, I have put my words in your mouth.'”
Jeremiah 1:9

The Bible writers were like news reporters giving their personal interpretation of events they eye-witnessed, or writing things He spoke to them directly. They were divinely guided, as Peter wrote:
“Above all, you must understand that no prophesy of scripture came about by the prophet’s own interpretation. For prophecy never had its origin in the will of man, but men spoke from God as they were carried along by the Holy Spirit.”
2 Peter 1:20-21

God chose to work with man in writing the Scriptures. In this work, God is the author who dictated the message, and man is the writing instrument. Men were guided or inspired to write the exact message God wanted recorded for history, which was compiled into the Bible.

Most of the authors wrote about what they saw and knew, like a good journalist or reporter would. God inspired them to write down what He wanted us to know about for our future.

The ESV Study Bible says it best:
“The Bible’s unique authority and power is another (of many) internal evidence for its divine origin. This power is revealed by the millions of lives that have been changed by it over the course of human history. Martyrs have given their lives up to preserve its truth. Sinners throughout the ages have been convicted and changed by it, broken hearts have been healed by God’s comforting voice coming through its pages, and salvation has been graciously made available through its record of the life and sacrifice of Jesus Christ. No other book in human history has the power to change lives like the Bible, the Word of the God who created life.”

“All Scripture is breathed out by God and profitable for teaching, for reproof, for correction, and for training in righteousness, that the man of God may be complete, equipped for every good work.”
2 Timothy 3:16

Food for thought: Consider the fact that all of the Bible’s books were written over a span of 1,500 years, and the theme of “Salvation by a Redeemer” through a merciful loving Creator named Yahweh, the Lord God, remained constant and indisputable.
At no time are there any discrepancies within that cannot be resolved.
The books tell the purpose of a loving God, from his creating man and following a generational line through to the miraculous birth of this God’s Son, whom He named Jesus.
Of the thousands of witnesses who saw the miracles Jesus performed, many of which fulfill the Scriptures written hundreds of years prior, their stories and testimonies remain true to each other.
The Bible is a complete story, from beginning to end, with each individual book telling a part.
It is a love story of the One God with his creation and how He desires them to know Him. This story is still in progress.

Fun facts:
– The first written book of the Bible was either Genesis or Job, both believed to have been written by Moses while in the wilderness.
– The last book written was Revelation, written by John the apostle in A.D. 90 while he was on banished on the island of Patmos.
– There are 66 books that comprise the Bible: 39 OT, 27 NT.
– There were about 40 known authors, though the authors of a few books are not known for certain.
– The Bible is a collection of works from a wide variety of authors such as shepherds, kings, farmers, priests, poets, scribes, and fisherman. Authors also include traitors, embezzlers, adulterers, murders, and auditors.

Photo by:  Samantha Sophia – A Boy reading his Bible