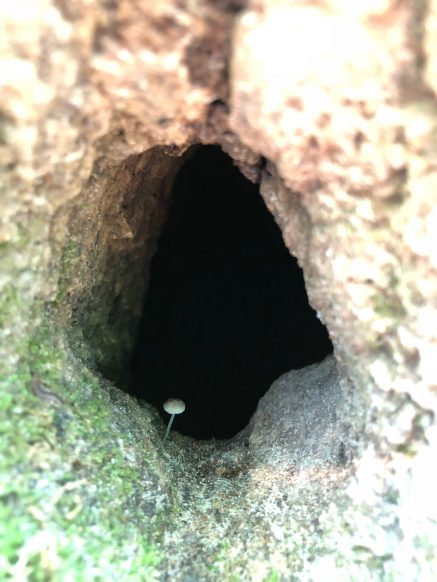 Do you feel forgotten or ignored?

I grew up with two brothers, and I was in the middle. The older brother was the smart one and a momma’s boy, the younger one was handicapped, who required tremendous amounts of time and energy, and then there was me. I often felt like the black sheep of the family; alone, ignored and forgotten. Did that make it true? No, but it sure felt that way. I even claimed this verse as my own:
“For my father and my mother have forsaken me, but the Lord will take me in.”
Psalm 27:10

Joseph, 11th son of Jacob, had good reason to feel forgotten. First of all, his 10 older brothers knew he was their father’s favorite, so they picked on him whenever they could. They probably gave him the grunt work too just to spite him.

Of course having two dreams where his brothers would bow down to him didn’t help matters. Joseph didn’t hold back, and told them the details about these dreams, maybe just to rub it in a wee bit. By now, Joseph’s brothers were ready for him to be gone and forgotten, out of their hair.

Life for Joseph was difficult, but his father’s love kept him going.

His 10 older brothers disliked him so much that they sold Joseph into slavery, creating the picture that he was attacked by an animal. Jacob their father was heartbroken, believing his favorite beloved son had died.

Now a slave, he worked in the house of Potiphar, the captain of Pharoah’s guard. Because the Lord was with him, Joseph was promoted to the highest position a slave could go, and that was over all of Potiphar’s house. Only, a false accusation by the captain’s wife got him sent to prison! Even after interpreting the dreams of Pharoah’s baker and cupbearer, they forgot their promises made to him, so Joseph remained imprisoned, a total of two years.

Life for Joseph was difficult, but his father’s love kept him going.

Fast forward to Pharaoh. He had two disturbing dreams of his own, but none of his wise men could interpret them. Enter Joseph. He correctly and wisely explained to Pharaoh about their future for the next 14 years, which in turn got Joseph promoted again, but now to the 2nd highest position in all of Egypt!

Life for Joseph was “difficult”, but his father’s love kept him going.

Through a series of a long famine and his family traveling to Egypt from afar multiple times for food, Joseph was reunited with his long-lost brothers and father. They were not forgotten by him, nor was he forgotten by his brothers or father.

Even though at ANY point in this story Joseph could have complained and said, “Where are you God? Why have you forgotten me, in this hole in the ground, or while I am slaving for this master, or in his prison? I have been faithful to my father, to my master, and to my You!”

Remember those dreams Joseph had as a young man? They were predicting the future. God had a plan from Joseph’s youth as to what would happen. Joseph didn’t know how it would go down, but in each situation, the Lord proved himself to be faithful, and to be purposeful. As each year passed, whether it was while he served his father, or as a slave, or when he was in prison, the ultimate plan of God was to use Joseph to save the lives of thousands, but especially the lives of his family and their future generations.

Life for Joseph was difficult, but his Father’s love kept him going.
His rollercoaster of circumstances and status changes continued to be quite the ride of his life, but he held on to faith in his God until the end.

What we all need to remember and recognize about this true story is that God’s presence was always with Joseph, no matter where he was. God was blessing him in all of those circumstances. God had a much bigger plan than just to leave him in the prison.

You see, God had promised Abraham an uncountable number of descendants. If Joseph hadn’t been sold into slavery and imprisoned, he wouldn’t have been around to interpret Pharoah’s dream, and then stored up grain for when the famine of seven years came. This would have resulted in the family line to Jesus being broken, even nonexistent.

Here’s the clincher of Joseph’s story: not one time does it ever say that God spoke directly to Joseph. We read of God speaking to Abraham, Isaac and Jacob, on multiple occasions, but we don’t read of this occurring with Joseph. Even so, God used this young man in a mighty powerful way!

So if you feel forgotten, ignored, or like you don’t hear from God, think of Joseph and his life. Know that perhaps you’ve already been through something that the Lord is going to use to help others. He is still at work, whether you see it or not, whether you hear it or not, and whether you feel it or not. Just look up, and say, “I trust you my Lord. I know you are with me. I will praise you through this, regardless of the outcome. Thank you and I love you!”

“For I know the plans I have for you, declares the Lord, plans for welfare and not for evil, to give you a future and a hope.”
Jeremiah 29:11

Food for thought: Life is an adventure – live it to your fullest for his glory!

Fun facts: According to a Women’s Day article, loneliness affects 1 in 5 people. Loneliness is contagious, you can feel alone even if in a big group, you feel more alone as you get older, it harms your mental and physical health, and having a lot of Facebook friends doesn’t mean you won’t get lonely.
Take time to be social face to face with someone each day; eye to eye contact, a touch, or a hug. Notice others around you and be that one that helps them not feel lonely!

Photo by: Kari Wiseman – One mushroom in a tree

If you have a testimony you would like to share with other SnapInspire readers, please email me at:
Kari@Snapinspire.com.