Does my prayer really change anything? 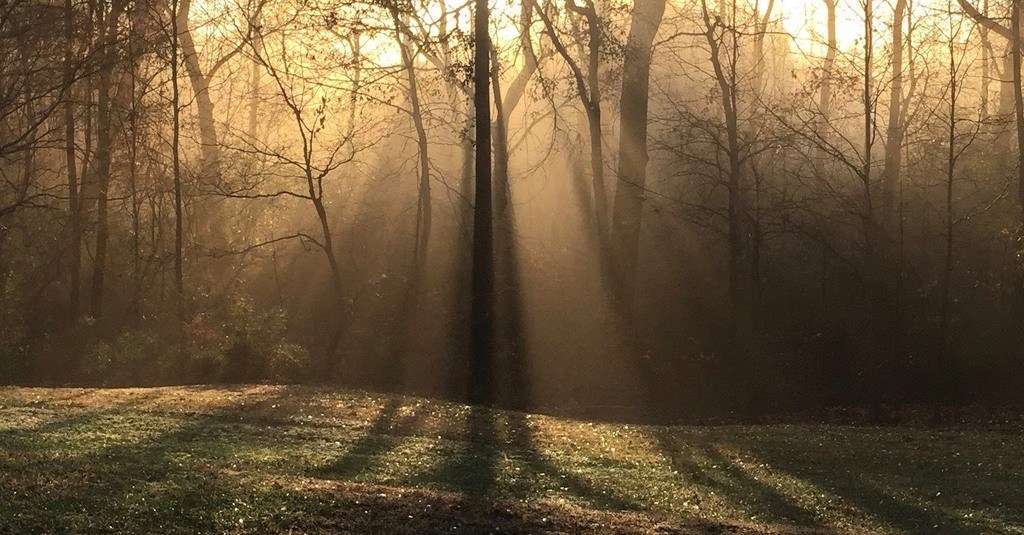 My husband and I talk every day. Some days we definitely communicate more than others, but not a day goes by that we don’t have at least one conversation. Typically we speak briefly in the morning before he leaves for work. Throughout the day, we will text each other and give an update. Then once he gets home, we share more details about our day and how we’re doing. At any time, but generally later in the evening when its quieter around the house, its on to deeper things. There is less distraction.

For me, Drew is the one person that usually listens to my thoughts and frustrations, and what excites me or makes me really angry. He doesn’t even have to do anything when he listens except look at me, or at least NOT look at his phone or IPad when I am speaking. Does talking to him change my circumstances? No. Does it change how I feel? Well, it certainly helps me to confide in him about what I am going through or feeling. If he is hearing me with his ears, and discerning with his heart what I am actually trying to say, then his responses, if any, will be exactly what I need at that time.

Prayer is defined in the dictionary as: “An address (such as a petition) to God or a god in word or thought. An earnest request or wish.” Billy Graham defines it as: “A spiritual conversation between man and God, a two-way relationship in which man should not only talk to God but listen to Him. It’s like a child’s conversation with his father.”

Yeah, but does prayer really change or do anything? That’s a question easily answered in one word: YES. Prayer is a personal expression of what is on your heart to God. If you believe that you have met, know and follow Jesus, then how can you doubt His word? Jesus says if you pray in secret, then your Father who sees in secret will reward you. This verse says it best: “Therefore I tell you, whatever you ask in prayer, believe that you have received it, and it will be yours.” Mark 11:24. If Jesus tells us to pray to His Father, then he knows it will be heard, which means an action is to follow, though He doesn’t say when.

Jesus said,”Whatever you ask in my name, this I will do, that the Father may be glorified in the Son. If you ask me anything in my name, I will do it.”

Jesus took time frequently to go somewhere that he could be alone and spend time in prayer to the Father. Surely thats because the Lord knew something about it! He knew the Father listened. The night Jesus was betrayed by Judas in the garden, he had been praying intensely about what was about to happen. But he agreed to do God’s bidding and proceed with the crucifixion. As a result, his Father sent angels to administer to Jesus before all “hell” broke loose. That was an answer to Jesus’ prayer. He was strengthened by God to go through what was already on its way.

Let’s do this with scripture:
“If I had cherished sin in my heart, the Lord would not have listened.”
Psalm 66:18
“The eyes of the Lord are on the righteous, and his ears are attentive to their cry.”
Psalm 34:15
“In the morning O Lord, you hear my voice; in the morning I lay my requests before and wait in expectation.“
Psalm 5:3
“We do not make requests of you because we are righteous, but because of your great mercy.”
Daniel 9:18
“I do believe; help me overcome my unbelief.”
Mark 9:2
“This is the confidence we have in approaching God: that if we ask anything according to his will, he hears us.”
I John 5:14
“When you ask, you do not receive, because you ask with wrong motives, that you may spend what you get on your pleasures.”
James 4:3
“The prayer of a righteous man is powerful and effective”
James 5:15
“Then he (angel Gabriel) said to me, ‘Fear not, Daniel, for from the first day that you set your heart to understand and humbled yourself before your God, your words have been heard, and I have come because of your words.'”
Daniel 10:12
“Let us then with confidence draw near to the throne of grace, that we may receive mercy and find grace to help in time of need.”
Hebrews 4:16

I led a Bible study group last year. At the end of each meeting, we would share our prayer requests with each other. This went on each week, with reviewing those requests the following week to see if they had been answered yet. After 6 weeks, of us sharing and praying both together and separately, I decided to create a list of everyone’s requests since the study started and also the present ones. Then I made a Praise/Answered Prayers section at the end of the list. To see in writing the many prayers that the Lord had answered over the course of 6 weeks was stunning! It far outweighed how many we currently were praying about. This was a beautiful reminder that the Lord is actively listening to us and answering.

Lori Hatcher put it well: “I don’t know why God uses the prayers of his people to accomplish his work in the world, but I’m glad he does. I’m humbled to think we can talk to him at any time of the day or night. I’m grateful that he’s never too busy to hear our prayers and act on our behalf. My prayer for us all is that we will never take for granted the privilege and the power of prayer.”

Here are a handful of biblical examples of God answering people’s prayers:
1. Hannah’s prayer for a son – God gave her Samuel.
2. Abraham interceded for Lot and the people of Sodom – God spared Lot and his family.
3. Moses pleaded for the sinning people of Israel – God spared them and did not kill them all.
4. Elisha prayed for his servant’s eyes to be opened – God opened them to see the chariots of fire.
5. Hezekiah prayed for deliverance from Assyrian army – God’s angel struck down 185,000 Assyrians.
6. Daniel confessed and prayed for his people and Jerusalem  – Jerusalem was rebuilt. (When Daniel began his confession, “a word went out” and Gabriel the archangel brought Daniel the answer..interesting!)
7. Peter prayed for Dorcas/Tabitha who had died – she was raised from the dead.
8. Jesus prayed for Lazarus who had had died – he was raised from the dead.
9. Jesus prayed for his disciples and those that would hear their testimonies – they became devoted apostles that died for their faith in the Lord.

You will see results, especially if your prayers are: from the heart, in detail, with faith, with love, fervent, to help others, done with fasting if needed, and persistent. The more you see results, the more confidence in the Lord’s answered and timing you will have. It won’t be so much “will He answer” or “when will He answer”, instead you will be satisfied being patient in God’s waiting room, trusting that He knows and has the best plan with your request in mind. No worries!

The one other element to consider regarding answered prayer is this: you will always get an answer: Yes, No or Wait a while.

Food for thought: Think of your last answered prayer. Now remember the one before that. Did you thank the Lord for those regardless of how He answered?

Fun facts: 61 of the 66 books in the Bible refer to or have a prayer. There are about 1,100 prayer references. 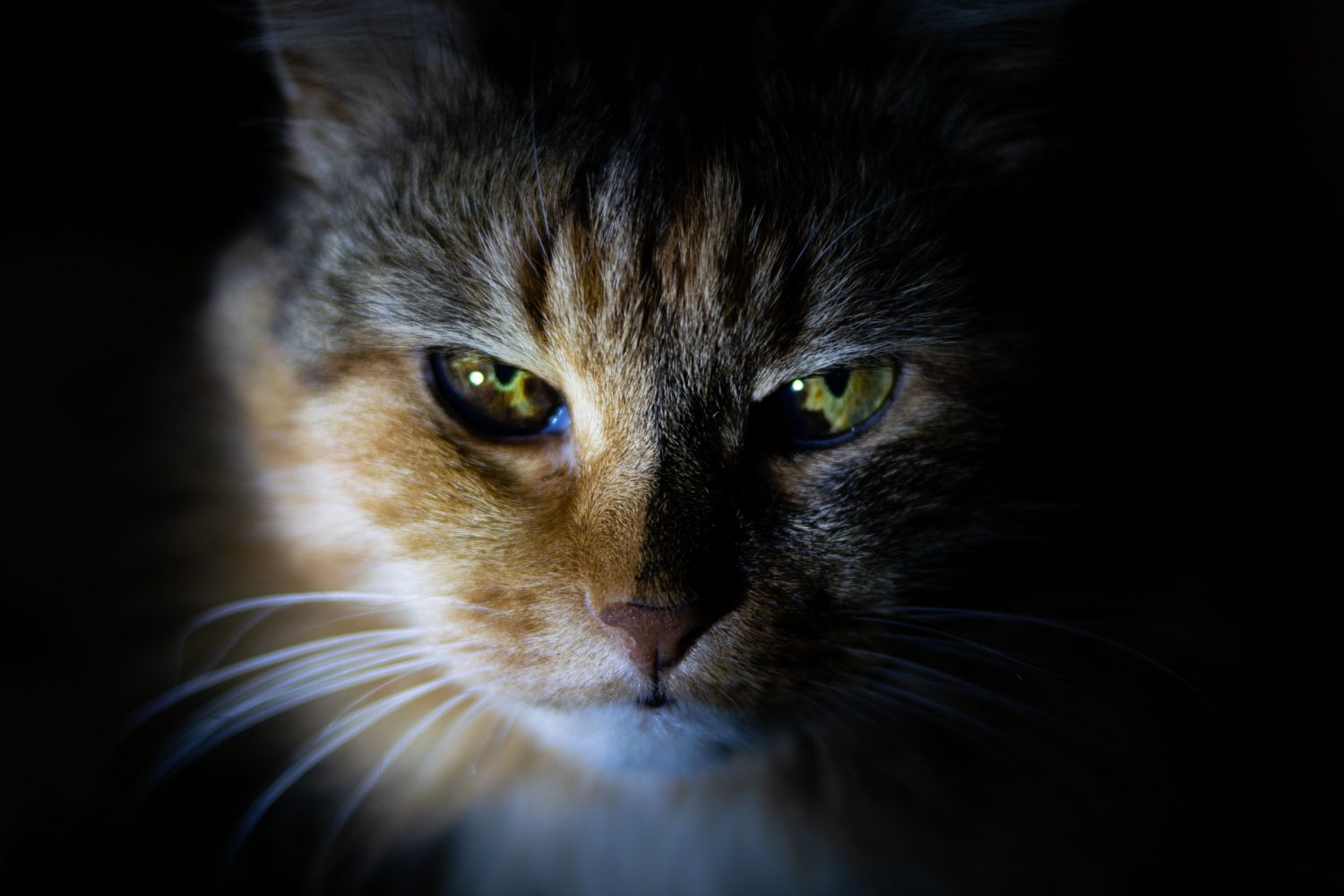 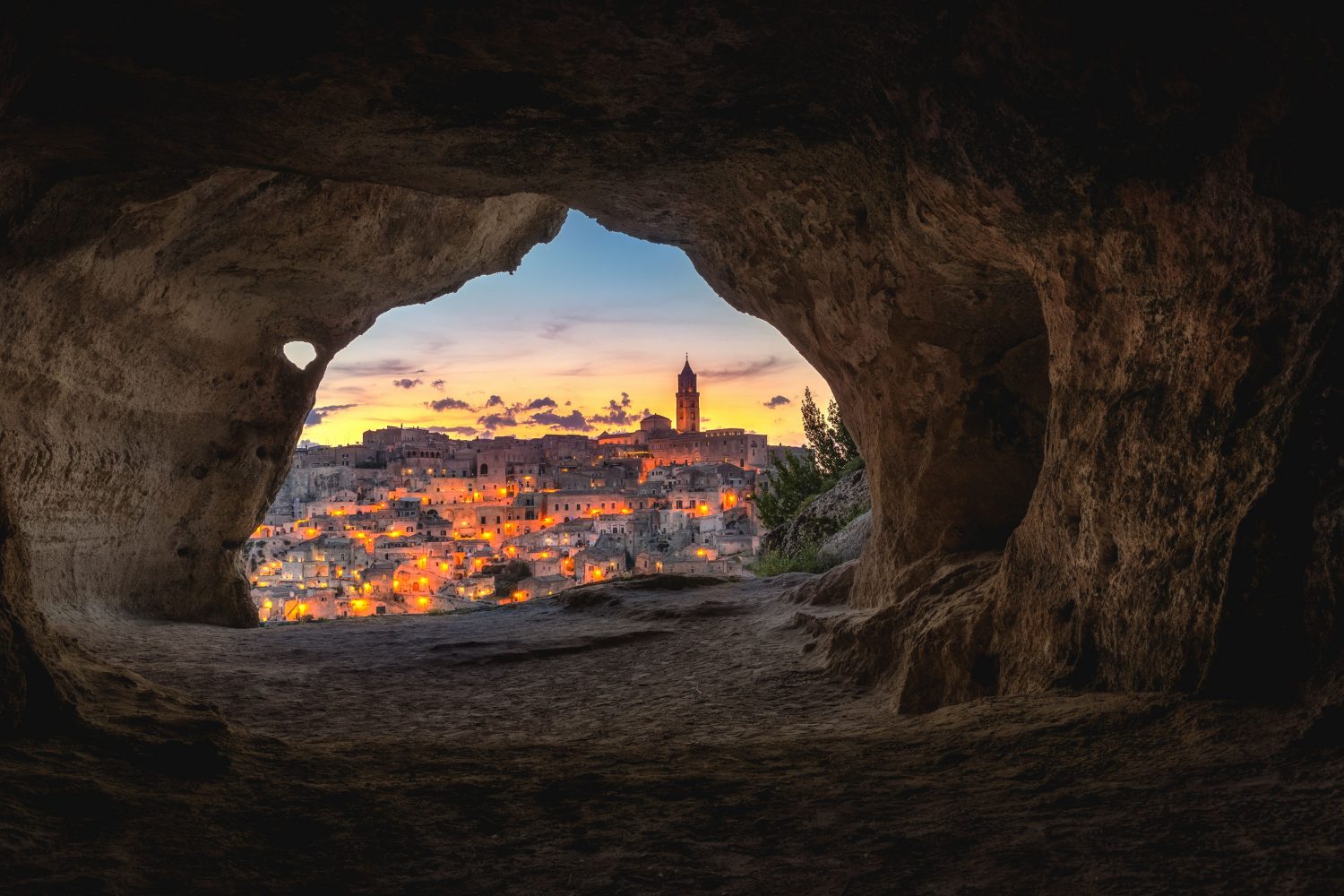 Refuge for the faithful 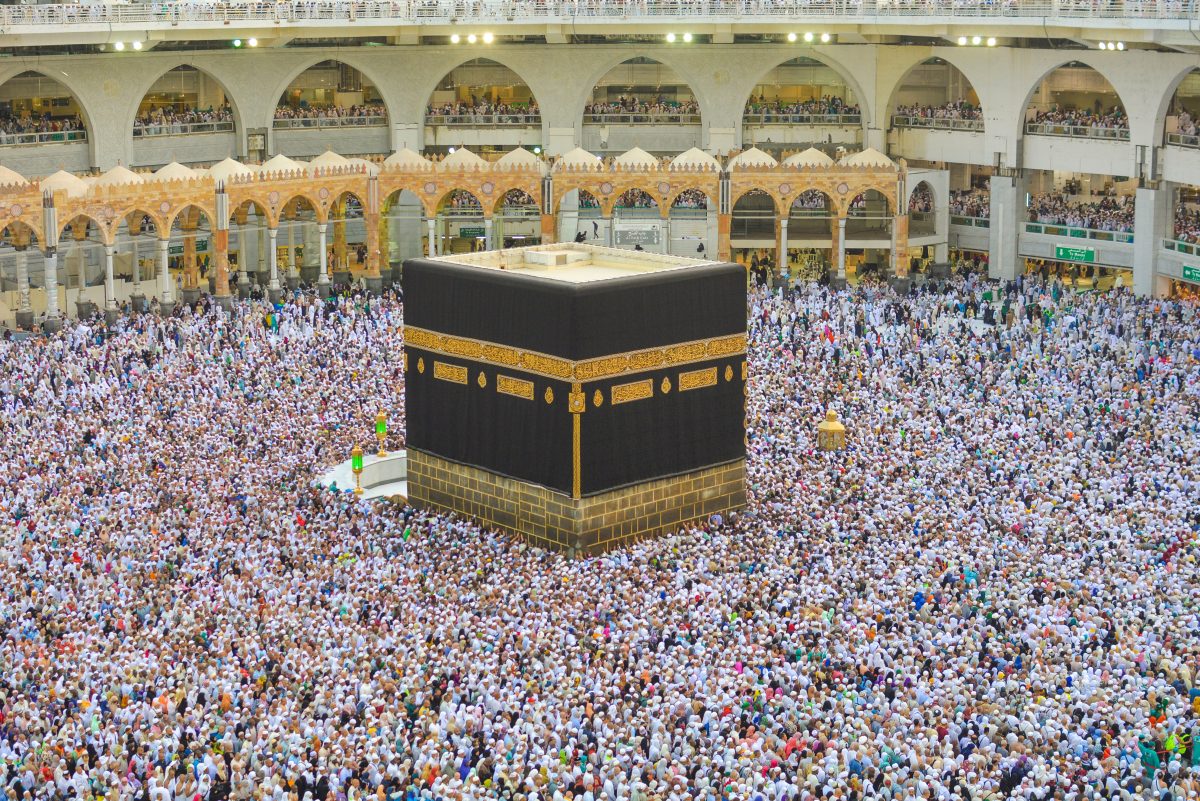 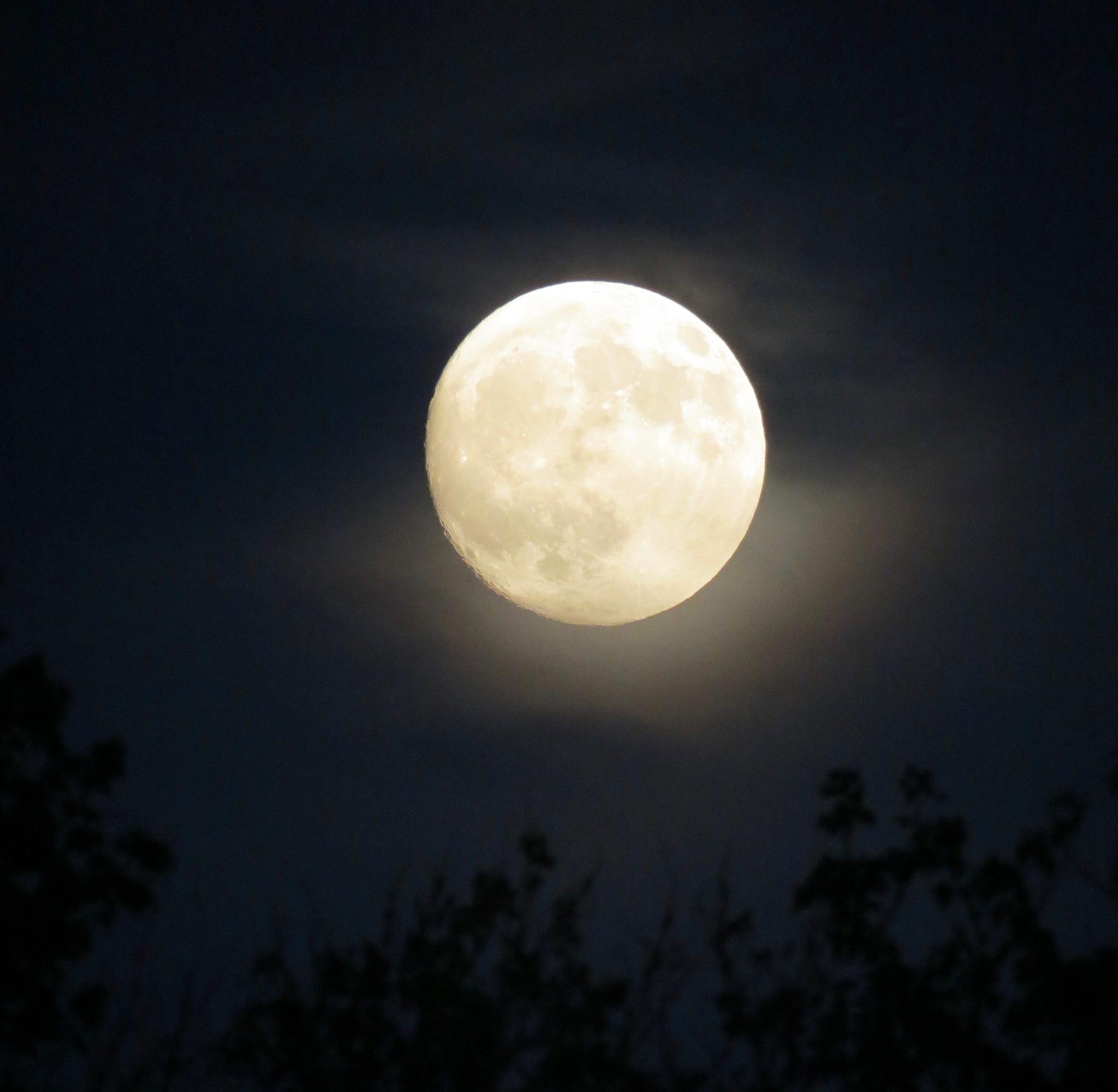 Take time to talk rather than just to take