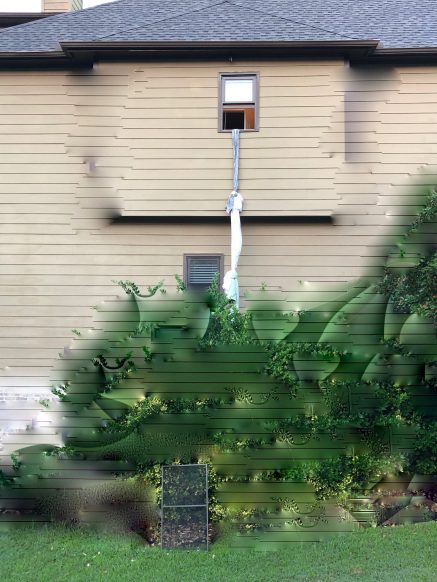 Are you running away from something, or someone?

When I was 13 years old, I ran away from school. Now this school was not your traditional public school, but it was a private christian school where the students lived year-round. I was sent there shortly after I turned 13. Five months later, a 15-year-old girlfriend and I decided we wanted to leave. So we did. We snuck out the front door at 9:00pm, took off through the corn fields, and left.

Our overnight experiences that followed were miraculous to say the least. We were picked up by two 30-year-old men, who were drinking and gave us their beer, drove us to the Twin Cities, and took us into their apartment. Their intentions with us were not honorable. By the grace of God, we were able to escape their clutches and run again. Soon we were in a van with three 18-year-olds who were out causing trouble by egging homes, drinking, smoking pot and stealing stereos. After several hours of being with them, they eventually dropped us off (safely) back at the entrance to the highway where our running away could continue. Yes, that next morning, we did get picked up by the cops, and returned to the school.

From this experience, I learned many things. The number one lesson was that I was a foolish, ignorant child for doing such a thing, but that God was very merciful and gracious to us in that we were not harmed, raped or killed during our trip! In any of those situations, the men could have done us some real damage. All of this was because my friend and I made the bad decision to run away from our supposed problems; to try and find greener pastures in California, away from the controlling Pastor and his rules. I can assure you, California doesn’t have greener pastures.

Then there is Jonah. He didn’t have a problem to run away from. But, when God gave him a mission that he didn’t agree with or thought was too difficult, that’s when he balked and bailed. Did it do him any good? No. Did God follow him, make his life and the lives of the others around him miserable until he came to his senses? Yes. Jonah had a lesson to learn too, as did the people of Ninevah. God uses Jonah’s story to teach us a thing or two.

You see, when you try and ignore that “thing” you believe to be a thorn in your side, or that “thing” that has been hard to accept or deal with, or you just plain old don’t like, realize it doesn’t go away. Those problems go with you. They follow you. They are wherever you are. Likely because it has more to do with you, than with “them”.

If God calls you to do something, my advice to you is: do it, with fervor. He won’t relent! He won’t give up. He will follow you and pursue you, until you give in to what He has for you.

“You were running (the race) well. Who hindered you from obeying the truth?”
Galatians 5:7

We had a homeless young man living with us for a few weeks, who, when the rules in our house were enforced, chose to sneak out during the night and run away from us. It broke my heart! To see how he was throwing away such a good thing, and exchanging it for even further hardship, was difficult. But I had to let him go. He had made his choice, whether I agreed with it or not. The problem was, shortly thereafter, he became homeless again, and what little he took with him, was stolen. Now he was worse off than before. Then those past addictions crept back in, because he longer had the strength, desire, or the support to conquer them. (I trust that the Lord is still pursuing him even today, and will one day, use his testimony for His glory.)

If it is an addiction, or a temptation, or a commitment you made, especially if its the Lord calling you to do something, avoiding it, and ignoring it, or moving to another city won’t make it go away. You have to face it head-on, accept that it can be used as a positive tool in your life, or maybe even be a part of your testimony!

“Fear not, for I am with you; be not dismayed, for I am your God; I will strengthen you, I will help you, I will uphold you with my righteous right hand.”
Isaiah 41:10

Food for thought: Don’t give up on someone that has chosen to run away, or not get the help they need, or refuses to seek God’s face and follow through in a major decision. We are all in this together. We need to support one another. Your love and concern might just be the one thing that encourages them and gives them hope and strength to face it, to deal with it, and to accept help.

Fun(?) facts: 75% of runaways are female, and 74% of runaways are between the ages of 15-18. These kids typically run because of abuse, fights, or unhappiness. It is illegal in only 9 states to run away if under the age of 18.

Photo by: Kari Wiseman – Running away