Are you getting cut from the team because you fumbled the ball again? 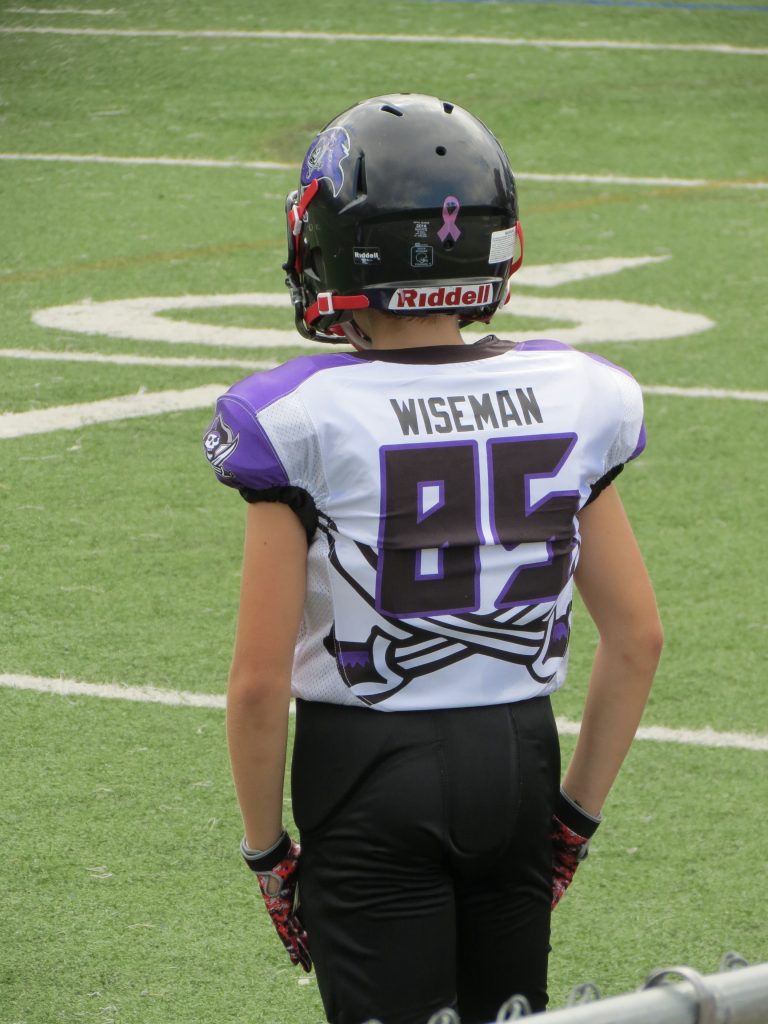 When the offensive center hiked the football to the all-star quarterback, the most important play of the game was under way. The quarterback grasped the ball firmly in his right hand, stepped back, and surveyed his teammates out on the playing field. His trusted wide receiver got into position, but was covered closely by the defense. He spent another second hoping for an available player, when he noticed one of the tight ends wasn’t being covered by anyone. He debated for a split second, but quickly threw the ball perfectly to him, right in the pocket. His teammate couldn’t hold on to it, and fumbled the ball, again. It wasn’t the first time during their critical game that this player had dropped the ball.

Following their game loss, the head coach approached the tight end. Fearing being cut from the team, the player hung his head in shame, and begged to given another chance. Surprisingly, the head coach said, “Why would I cut you from the team? Just because you fumbled the ball a few times? No, you are a part of my team, and we need you. What you do need is to go through some more training. Now let’s get busy!”

Let’s put this in perspective for today’s christian.

I had a woman say (in summary), “I don’t think I am a christian anymore because I continue doing certain behaviors that I know are wrong”. Meaning, she thinks she is no longer saved in God’s eyes because she still struggles with particular sins. This lady then quoted a few verses that made her believe this. In her mind, she believed perhaps she had actually never been saved since she maintained some weaknesses in her life which she often succumbed.

How can God still love me, heck, even allow me into heaven when I keep sinning? Aren’t we supposed to be better, be stronger, and have a giant faith to overcome and conquer these temptations that plague us? Well, ideally, that would be very nice. The truth is, we are still human beings, living in a broken world. The tempter knows our buttons, and boy, he loves to push them, weakening and distracting us, causing us to drop the ball.

“For it is by grace you have been saved, through faith—and this is not from yourselves, it is the gift of God—not by works, so that no one can boast.”
Ephesians 2:8-9

Can a person, who has accepted Jesus as their Lord and Saviour, be turned away from heaven because of choices they make?

1. Consider the prodigal son (Luke 15:11-32). He was born into a wealthy family; he did nothing to deserve that. He claimed their name, and his inheritance. The son took his position for granted. So he chose to leave his family behind, and live his own life on his own terms, exactly the way he wanted to. He wasted it all: his money, his time, and his family name. You could say this young man ran the wrong way down the field with the football, scoring for the opposition! I would call that a massive fumble. Eventually recognizing his huge mistake, the son tucked his tail between his legs, and returned home, expecting to be a servant, a slave even, and not be accepted back into the warmth and love of his father’s arms. Instead, when his father saw him, he ran to him, hugged him, prepared a feast, and openly welcomed him back home as his son.

“Then Peter came up and said to him, “Lord, how often will my brother sin against me, and I forgive him? As many as seven times?”  Jesus said to him, “I do not say to you seven times, but seventy-seven times.”
Matthew 18:21-22

Jesus said this because that is how God works. He forgives us over and over, each time casting the remembrance of that sin far far away. God’s heart of forgiveness repeats as frequently as our heart beats. Does this mean we can keep purposefully sinning? No. Then our life hasn’t changed. It is a will of mind and of heart, because of the Holy Spirit at work in us, that will bring us to that point of repentance each time, which shows we are striving to do the will of the Father. Remember: He knows our heart.

“For the grace of God has appeared that offers salvation to all people. It teaches us to say “No” to ungodliness and worldly passions, and to live self-controlled, upright and godly lives in this present age.”
Titus 2:11-12

3. We cannot earn our way to heaven – that is a given. But, once we are saved through faith in Jesus and repent of our worldly ways (sin), then we as children of God need to start bearing fruit. This is proof of the Holy Spirit being active in our hearts and minds. This does not mean that we will always get it right either! Paul the apostle, who wrote much of the New Testament, didn’t even get it right all of the time. He said, “…For I know that nothing good dwells in me, that is, in my flesh. For I have the desire to do what is right, but not the ability to carry it out. For I do not do the good I want, but the evil I do not want is what I keep on doing. Now if I do what I do not want, it is no longer I who do it, but sin that dwells within me.”
Romans 7:18-20

4. We always have a choice: you can continue in faith in God, or you can turn away, deny God and live for yourself. Be careful in making this decision: your eternal life depends on it.

“After this many of his disciples turned back and no longer walked with him. So Jesus said to the twelve, “Do you want to go away as well?”
John 6:66-67

“Not everyone who says to me, ‘Lord, Lord,’ will enter the kingdom of heaven, but only the one who does the will of my Father who is in heaven.”
Matthew 7:21

“Whoever believes in the Son has eternal life; whoever does not obey the Son shall not see life, but the wrath of God remains on him.”
John 3:36

Ultimately, the answer is NO, you will not be cut from God’s team if you mess up yet again by fumbling in your christian walk. We are in training here and now – learning how to love better, forgive completely, be selfless, show more kindness, be extra patient, be thankful for everything, and trust in the Lord’s perfect plan for us, which will play out in this ‘Super Bowl’ game of life.

Food for thought: Listen to that voice of sanity – the Holy Spirit – telling you, “Don’t do it!”

Fun facts: American football was invented in 1882, and has been played for 140 years. Did you know that the players have sticky gloves that help them catch and grip the ball?

Additional Scripture:
“All Scripture is breathed out by God and profitable for teaching, for reproof, for correction, and for training in righteousness, that the man of God may be complete, equipped for every good work.”
2 Timothy 3:16-17

“For the moment all discipline seems painful rather than pleasant, but later it yields the peaceful fruit of righteousness to those who have been trained by it.”
Hebrews 12:11-12

“For if, after they have escaped the defilements of the world through the knowledge of our Lord and Savior Jesus Christ, they are again entangled in them and overcome, the last state has become worse for them than the first. For it would have been better for them never to have known the way of righteousness than after knowing it to turn back from the holy commandment delivered to them. What the true proverb says has happened to them: “The dog returns to its own vomit, and the sow, after washing herself, returns to wallow in the mire.”
2 Peter 2:20-22

“For it is impossible, in the case of those who have once been enlightened, who have tasted the heavenly gift, and have shared in the Holy Spirit, and have tasted the goodness of the word of God and the powers of the age to come, and then have fallen away, to restore them again to repentance, since they are crucifying once again the Son of God to their own harm and holding him up to contempt.”
Hebrews 6:4-6

“Whoever makes a practice of sinning is of the devil, for the devil has been sinning from the beginning. The reason the Son of God appeared was to destroy the works of the devil. No one born of God makes a practice of sinning, for God’s seed abides in him; and he cannot keep on sinning, because he has been born of God. By this it is evident who are the children of God, and who are the children of the devil: whoever does not practice righteousness is not of God, nor is the one who does not love his brother.”
1 John 3:8-10

“In him you also, when you heard the word of truth, the gospel of your salvation, and believed in him, were sealed with the promised Holy Spirit, who is the guarantee of our inheritance until we acquire possession of it,…”
Ephesians 1:13-14 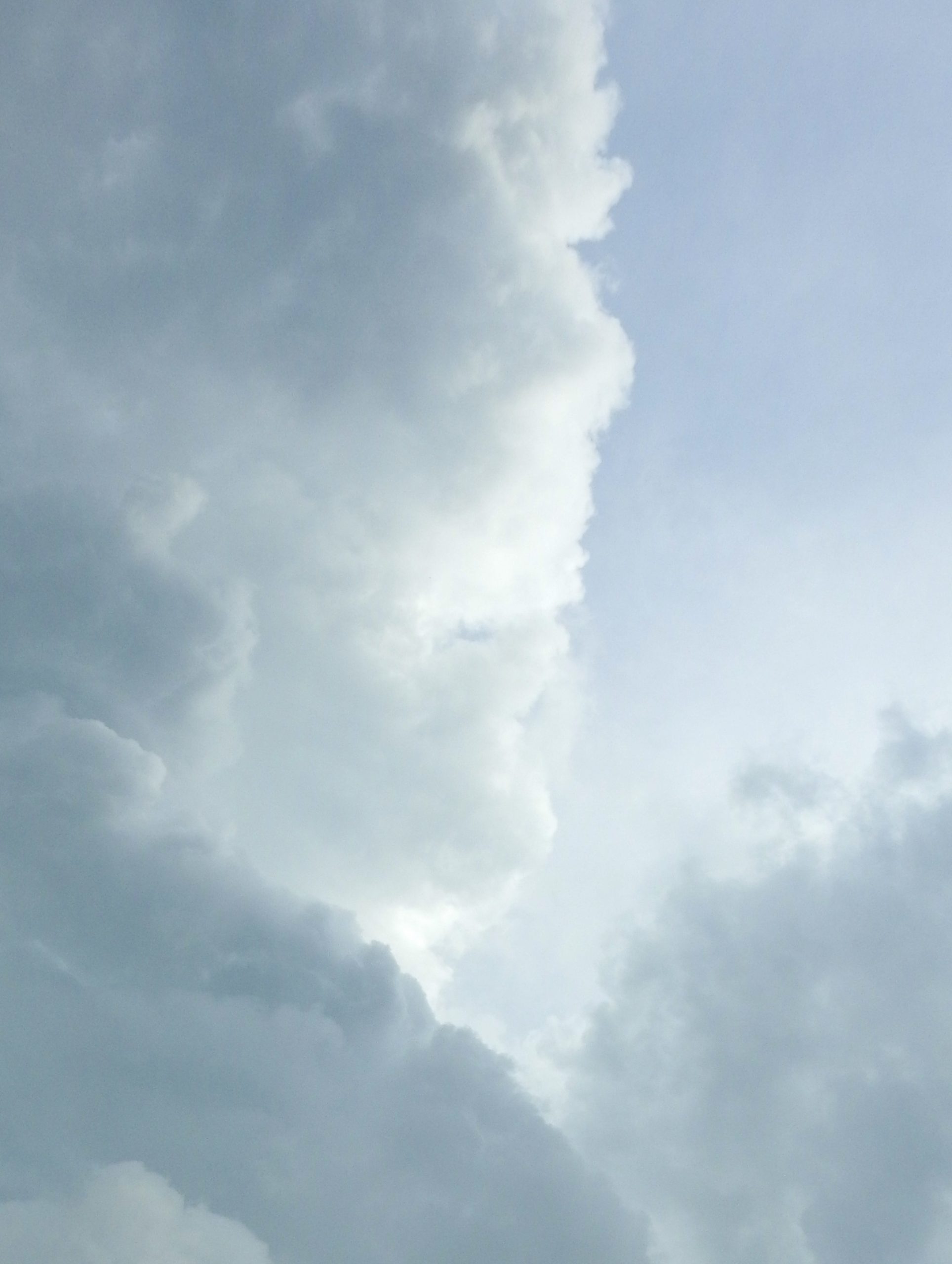 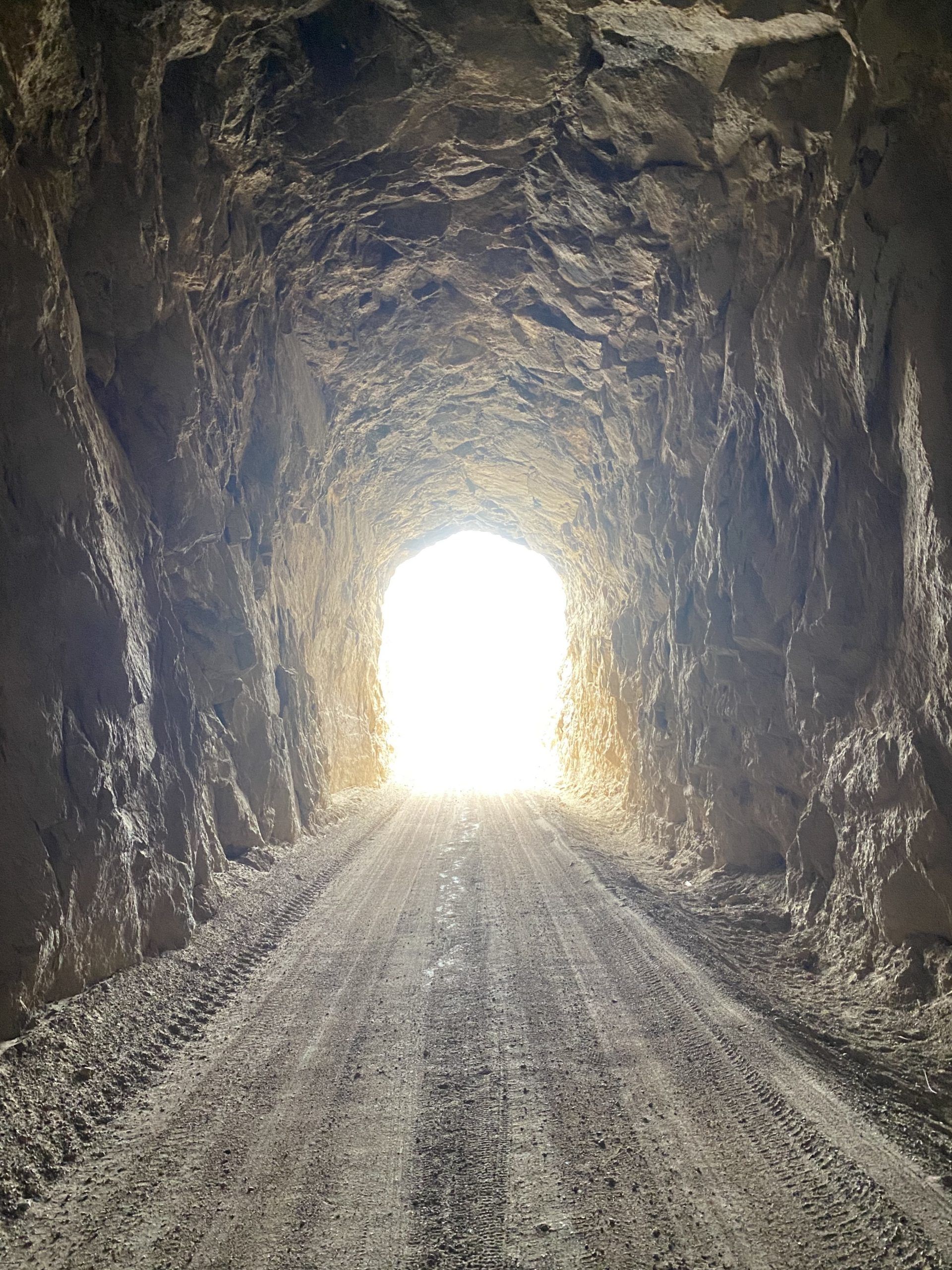 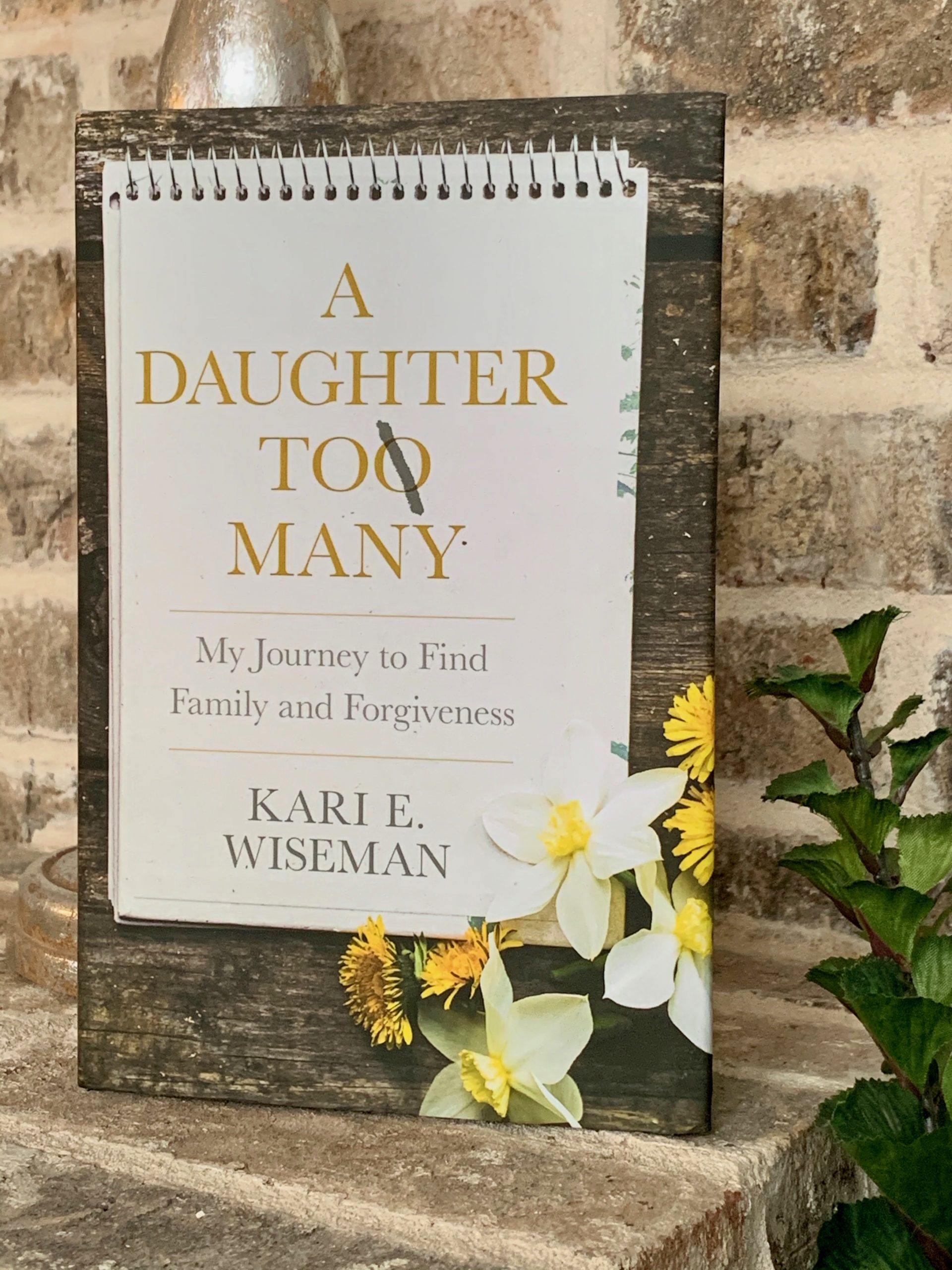 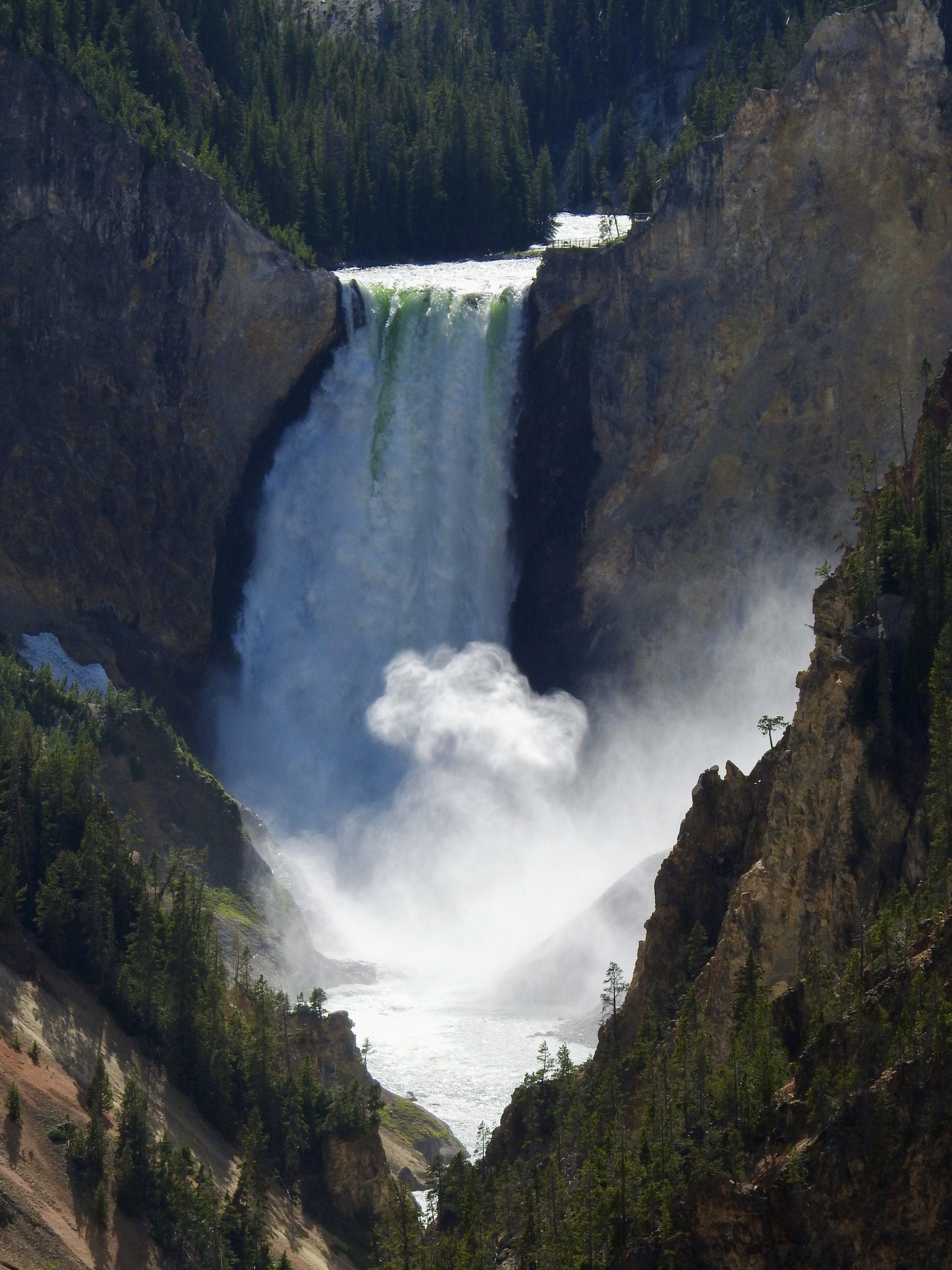 Come what may – I will worship the Lord God