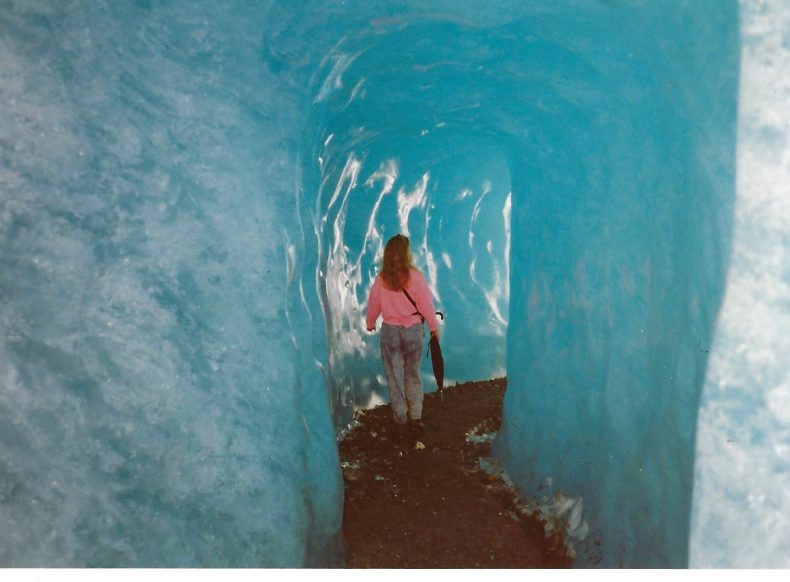 God knows that our planet IS slowly dying

Our planet IS s l o w l y dying. That’s the natural progression of life and all things living and created by God. Yes, mankind is accelerating its decline by pollutions, etc, but it will eventually succumb to the end at some point. This fact should not cause fear in those of us that serve the Lord! Instead, it makes me excited about our eternal future!

Our once perfect planet has been groaning and rumbling more frequently than ever with: hurricanes becoming more frequent and severe, tornadoes, droughts, fires, floods, earthquakes, tsunamis…….
This has been predicted and promised:
1. “And to Adam he said, ‘Because you have listened to the voice of your wife and have eaten of the tree of which I commanded you,…cursed is the ground because of you;…'”
2. “For by him all things were created, in heaven and on earth, visible and invisible, whether thrones or dominions or rulers or authorities—all things were created through him and for him. And he is before all things, and IN HIM ALL THINGS HOLD TOGETHER.”
3. “All these are but the beginning of the birth pains.”
4. “For we know that the whole creation has been groaning together in the pains of childbirth until now.”
5. “But the day of the Lord will come like a thief, and then the heavens will pass away with a roar, and the heavenly bodies will be burned up and dissolved, and the earth and the works that are done on it will be exposed.”
6. “But by the same word the heavens and earth that now exist are stored up for fire, being kept until the day of judgment and destruction of the ungodly.”
7. “Then I saw a new heaven and a new earth, for the first heaven and the first earth had passed away, and the sea was no more.”

Did you notice the progression of things? In the beginning, all of creation was perfect. Then sin entered the picture and the ground became cursed. As centuries and millennia pass, the world continues to change and decline. The weather patterns have become more intense and less predictable (although weathermen still try!), and it will continue to decline until the end, like birth pains in childbearing.

The GOOD news is, there is no fear for those that love and trust their Lord!! He is in control, and has always been and will always be. This is part of His plan.

Here is my theory on the earth’s global warming:
The Flood occurred about 4,300 years ago. When the fountains of the deep opened to flood the whole earth, this likely included volcanoes and other cataclysmic events. The heavens were opened that released unfathomable amounts of rainfall. It must have been shortly after this that the Ice Age began due to the change in atmosphere with the massive amounts of rain, heat vapors from the volcanoes that warmed the waters, etc. Then ice covered a portion of the earth perhaps even 1/3 of it, both the northern and southern regions (the glaciers are fresh water). When the ice age ended, which was in part due to the earth’s atmosphere regulating again and warming back up the earth and melting the ice and snow, this added to the excessive waters covering land bridges that connected continents. I believe that to this day some of those old glaciers and ice are still melting, which is a part of the slow process of our planet declining, yet also in a constant change. New glaciers are formed as well and then melt, which is the cycle of glacial life.

When Drew and I were in Switzerland on our honeymoon in 1992, we hiked to a glacier near Grindelwald that was a famous tourist attraction. Inside there were ice carvings and sculptures of animals in rooms within the glacier. It was remarkable and breathtaking to see the walls of ice glowing crystal blue with the sun outside! We went back 3 years later with his family while on vacation, and the entire glacial area had melted. No more tunnels and carvings! It was the same time of year from our last visit, so it wasn’t seasonally related, but that glacier had melted and retreated several hundred feet in just 3 years.

Whether my theory is true or not, this won’t change the fact that God has a purpose and a plan. He knows this world is changing, dying. He speaks of it in His word!

We need to do our part to ensure that this planet, our home, is healthy from our pollutions and man-made creations that harm it. Recycling, replanting, and developing items that are environmentally friendly will help. Less air pollutants put in the atmosphere and chemicals dumped in the waters. Certainly this will help our quality of life here, especially for our children and their future generations to follow. If we don’t start taking responsibility for it, the quality of life for animals and man will suffer considerably more down the road. Now is the time! Let’s do our part!

In spite of what we do or don’t do, the day will come when this earth will pass away. The Lord has designed it to be this way; temporary.

I trust my future with Him, regardless of what is happening around me. My life and my family’s lives are in His hands. Can you say that? YES, you can! Please, if you haven’t decided to follow and trust the One who loves you the most, consider your options….. You can KNOW your Creator! He is waiting…

Food for thought: What are you doing to help our environment? What else can you do?

Fun facts: The Antarctic ice sheet is actually a glacier. If it were to melt entirely, the sea levels would rise 210 feet worldwide, according the U.S. Geological Service. But don’t worry – the Lord promised there wouldn’t be another great flood. Currently about 10% of the earth is covered in glaciers.