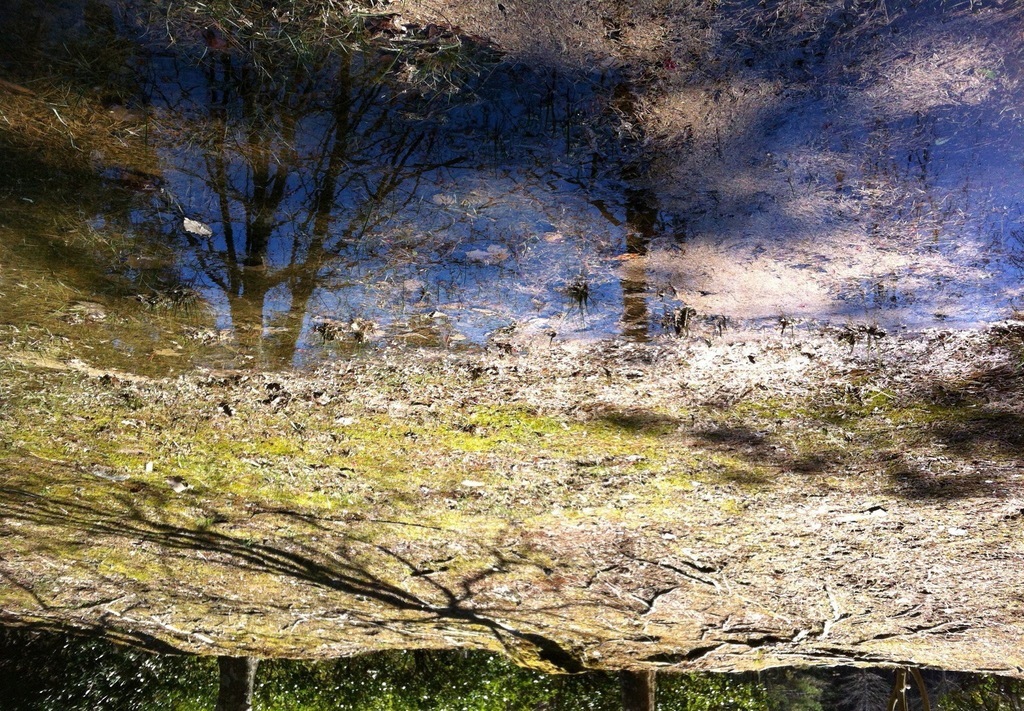 Have you noticed how those that do not believe what you believe and want to get their point across, tend to twist the truth? Regardless of what the truth is, they will find a way around it or ignore it completely. Those that don’t want to hear the truth, or disagree with it, will sell us a version of it that may closely resemble what we know and believe to be the truth, but it will be altered a wee bit, and therefore it becomes false, and untrue. They strive to confuse us by disguising what the truth is, by rewording it. This is nothing new. It has been this way since the beginning…

A young woman was with her husband working in their King’s garden. This extremely wealthy King was also very kind and generous, allowing his people to eat freely from His garden whenever they chose. He only gave them one rule and that simple rule was not to eat from the center tree. They could pick anything else that looked good or tasted good, but just not that one fruit. His reasons were not shared, but as the owner of the garden, He didn’t have to divulge everything. He said not to, therefore they shouldn’t.

One perfectly beautiful day as the couple was tending the exquisitely ornate garden, a lizard-like serpent approached the young woman. This critter was pretty creative and cunning, so he challenged the woman to a conversation. It went something like this:

“Hello young lady. You are doing a great job tending our King’s garden. Surely you are hungry. That fruit from the center tree sure does look good!”

She replied, “Yes it does, but we were told not to eat it, or even touch that fruit, or we will die. But I do not know what ‘die’ means.”

The serpent, deciding that he knew better than she did, stated, “The King was wrong in saying you would die. Why would eating that fruit cause you death? He wouldn’t plant a poisonous fruit tree and put it in his garden. Actually, the King knows that when you eat it, you will know what He knows, because your eyes will be opened to the truth, and you will be like Him.”

The fact is, both the woman and her husband were already like their King, because He made them in his own image. They were like Him in many ways! But, this crafty creature twisted the truth. Yes, it was true that if they ate the fruit from that specific tree, they would know what the King knows, and that is – what good and evil looks like. This is exactly what happened. So in that regard, the serpent spoke the truth. But, his intention was to trick the young woman into making a bad choice. He made wisdom sound appealing, and it is. He made knowing the difference between good and evil sound fantastic and wise, because their King knew all of these things.

To confuse her, the serpent misquoted God, their King. He indicated that the King might have said, “You shall not eat of any tree in the garden.” He knew what had been instructed, but he wanted to cause doubt and confusion, so he twisted God’s truth. He bent it to lean the direction he felt would accomplish his goals.

Today, the church is guilty of the same thing.
1. Many churches teach that it is OK as believers in Jesus, as Christians, to marry the same sex or be homosexually active. They say that the Bible is incorrect about that and to tell people otherwise is being judgmental and unloving, therefore they don’t teach those verses any longer. I ask you, did God give to Adam – the first human son of God – a male companion to support him and to be fruitful with?
“So Jesus said to the Jews who had believed him, ‘If you abide in my word, you are truly my disciples, and you will know the truth, and the truth will set you free!!‘” John 8:31-32
2. Some churches teach that God is not male, but a neutral gender. They are even rewriting the Word of God to read that way! Does this sound like what many are saying today about gender equality and not needing to define male vs. female?
3. Lastly, some Christians teach that it is OK to kill infants in utero up until they are nine months old. What do you think the Lord would say about that?
“Behold, children are a heritage from the Lord, the fruit of the womb a reward.” Psalm 127:3

God’s truths are being watered down to allow our own ideas to grow.
“For people will be lovers of self,…heartless, …lovers of pleasure rather than lovers of God, having the appearance of godliness, but denying its power. Avoid such people. For among them are those who creep into households… always learning and never able to arrive at a knowledge of the truth.”
2 Timothy 3:2-7

IF YOU BELIEVE THE BIBLE IS ERRANT, OR PORTIONS OF IT ARE A LOVELY ALLEGORY, THAT COULD EXPLAIN WHY THE CHURCH IS BEING MISLED BY ITS SHEPHERDS. If Scripture was good enough for Jesus to quote when fending off Satan, or to learn and teach in the synagogues, as well as to fulfill, then it is good enough for us to live by.

Yes, over the centuries, man has taken the old scrolls and manuscripts of Biblical stories and letters of historical fact and had them rewritten for easier understanding in their language, time and customs, but the eternal truths remain the same. There should be no confusion anywhere in Scripture about God’s children, those that claim to serve Him, when it comes to what He has said, what He has done, and what He will do, along with how we should live. It is in black and white. There is no gray area. The only thing one could dispute is what is not written in-between the lines.

In Deuteronomy God says, “If you faithfully obey the voice of the Lord your God, being careful to do all his commandments… the Lord your God will set you high above all the nations of the earth.” He goes on to list many other blessings they would enjoy if they were obedient to His voice, to His words.

Now if a prophet was to mislead his people, and tell only a portion of what God had spoken, do you think the Lord would be OK with that? Do you think if only a partial message was preached, that the people would understand the concept of His message? Would they get the bigger picture? Would they hear the consequences? NO. That prophet had to tell the whole truth and nothing but the truth. No watered down gospel, no withholding the parts that made the Israelites feel uncomfortable or that might offend someone.

God’s Word, which is the written form of His spoken words and actions, is to be taken seriously; all of it, at all times.

“Beloved, do not believe every spirit, but test the spirits to see whether they are from God, for many false prophets have gone out into the world. By this you know the Spirit of God; every spirit that confesses that Jesus Christ has come in the flesh is from God, and every spirit that does not confess Jesus is not from God. This is the spirit of the antichrist, which you heard was coming and now is in the world already.”
1 John 4:1-3

Friends, we must only speak the truth – in love – to people. If you aren’t certain of the facts being accurate, then do not speak it. Do your research. Don’t accept what others say without knowing the source. To misquote or misrepresent the truth is like gossiping, but worse. It twists the truth. It can make you look bad, as well as the one you are sharing it with, and so on. If what you say is not kind or loving or peaceful, then question the importance of sharing it at all.

Stand up for the honest truth and tell the whole truth.
If you don’t stand for something, you will fall for anything.

(I realize that my candor and old fashioned Biblical beliefs may cause some to unsubscribe from my blog. If that is the case, they have that freedom to do so. I will continue to speak what I believe to be the truth and the heart of God. My heart’s desire is to be kind, but honest. If you can show me that I am wrong in my viewpoint and understanding of any of these topics, please feel free to email me: Kari@SnapInspire.com.)

Food for thought: So how can a created being be as wise as the Creator? It cannot. Yet, we as humans, still strive to know what He knows. Rather than wisdom, we seek knowledge – head knowledge. The problem is, head knowledge alone is 16 inches from the heart, which might as well be 200 miles. You will not enter into heaven on head knowledge alone. There must be the love of God residing in your heart; that personal relationship makes all the difference in the world.

Fun facts: Sophism – a fallacious (invalid, faulty reasoning) argument, especially one used to deliberately deceive. A ‘sophist’ is a person who reasons with clever but fallacious and deceptive arguments. 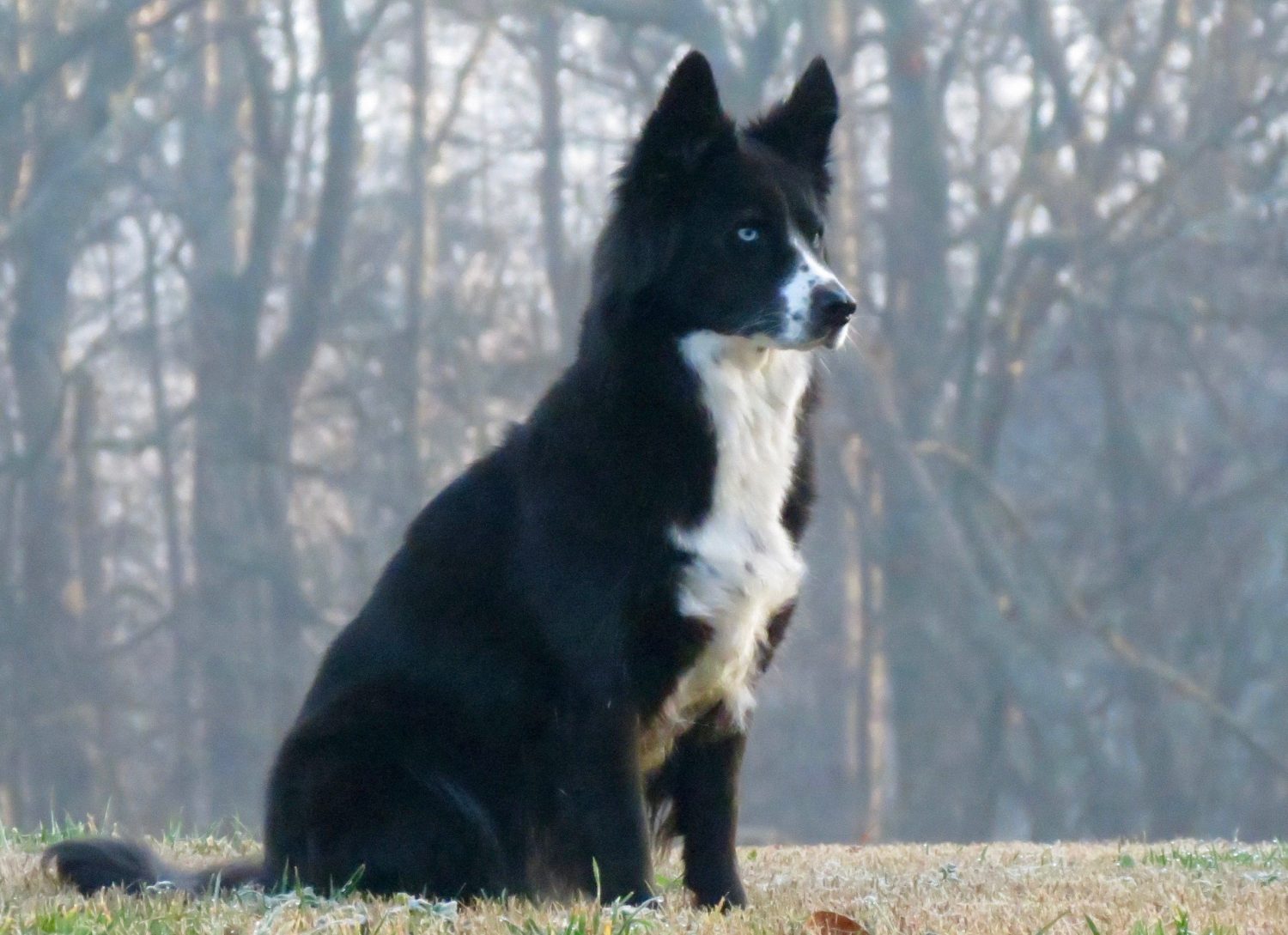 Compassion for a dog and an opossum 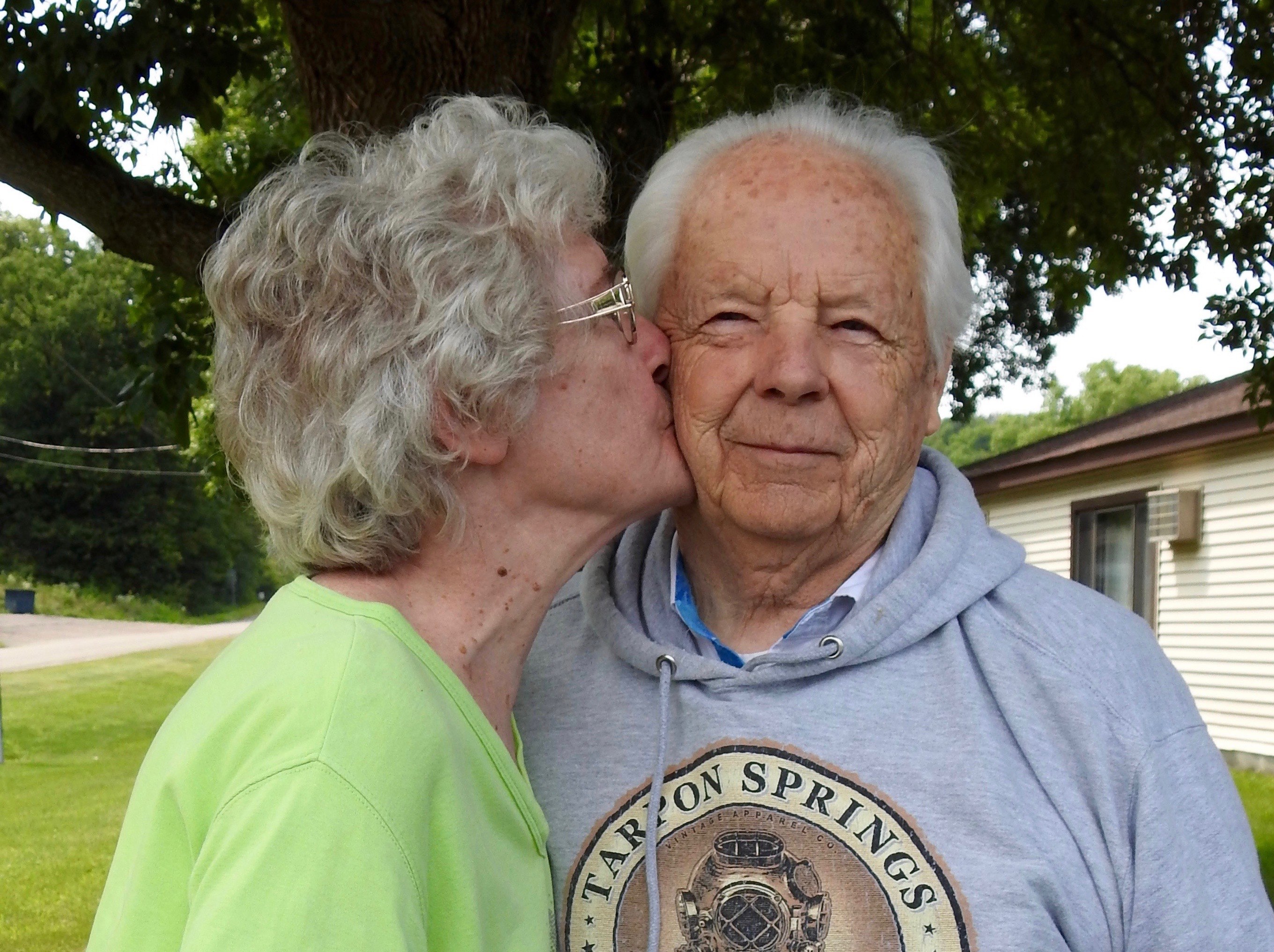 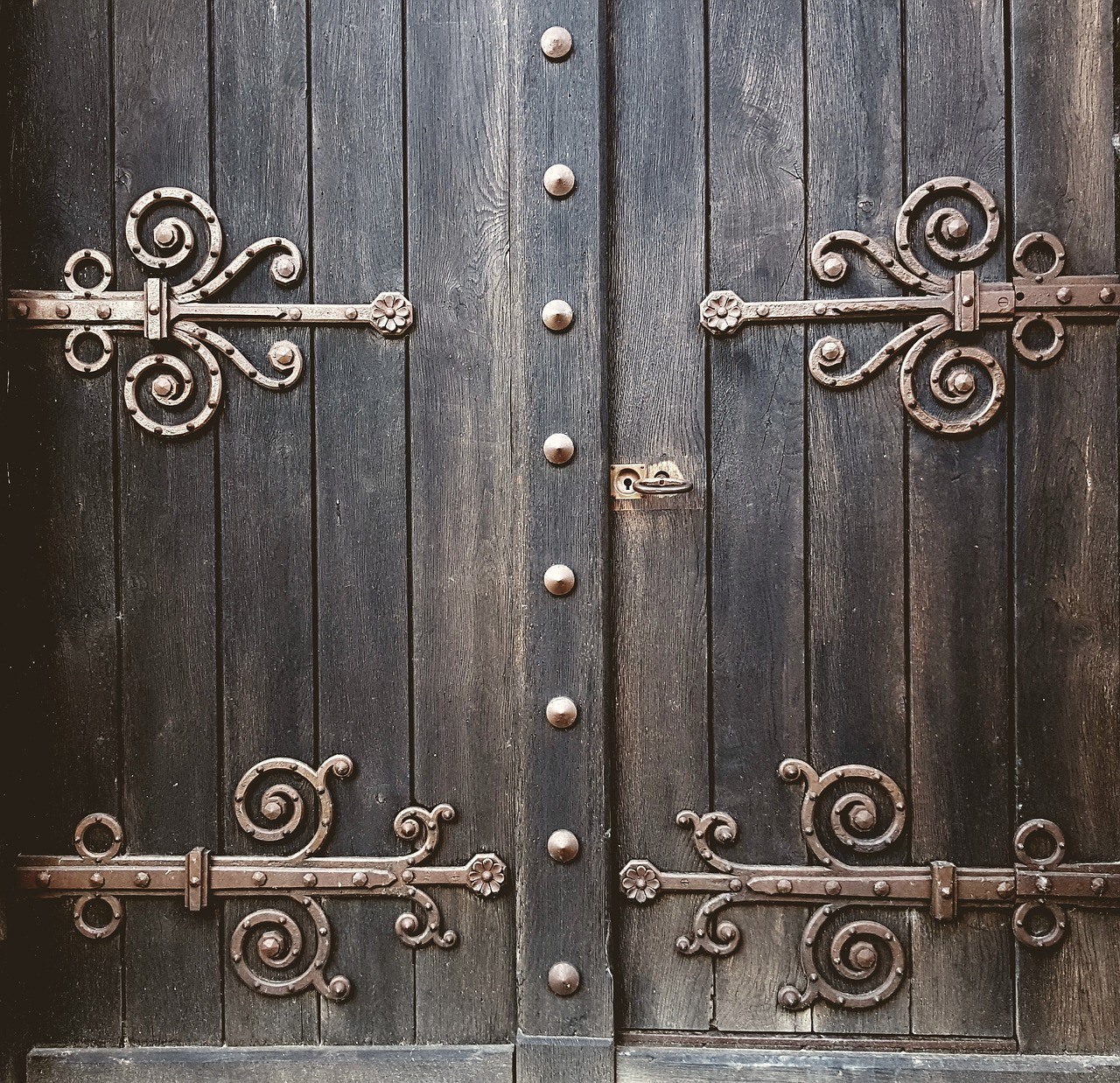 Can being good be good enough?

May my teaching drop as the rain…